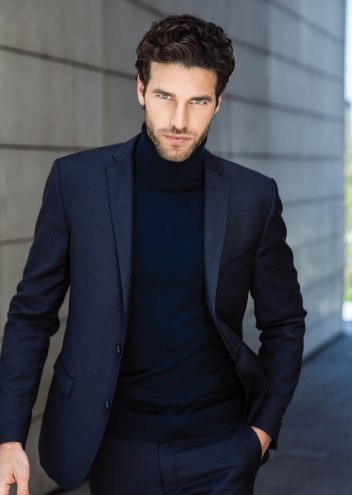 Stéphane was in his office working on his laptop when his cell rang. He reached for it. It was Margot. He grimaced. What did she want? He answered it. “Yes, Margot.”

“Stéphane, I need to see you,” she said in French.

“Let’s have lunch, then. We can meet somewhere close to your office or mine.”

“I really don’t have time—”

He sighed. “All right. I’ll meet you at Union League Café at twelve-thirty.”

She sounded very grateful when she replied, “Thank you, Stéphane.”

He ended the call and returned to his work. Why did she need to see him? He hoped it wasn’t another one of her attempts to get back together. He had summarily ended their relationship last year because she wanted them to get married and he didn’t. Marriage wasn’t something he wanted for himself and he always made that clear to a woman before he became involved with her but like Margot, they all believed that he would change his mind. His mother refused to believe that he would never get married. She was convinced that he just hadn’t met the right woman as yet and once he did, there would be wedding bells. He didn’t have the heart to tell her that she was wrong. He was determined to remain a bachelor for the rest of his life.

As he walked towards Union League Café, a young African woman was coming towards him from the opposite direction. Their eyes met and held. She was very pretty. He guessed that she was a university student. As he would have walked past her, she called out to him and he stopped. He turned to face her.

That was his office. He pointed behind her. “You can’t miss it. It’s the office building on your left just after you pass the parking lot.”

She smiled. “Thank you. I was worried that I was lost. I have an interview at one.”

“A job interview?” He wasn’t aware that the company was hiring.

She shook her head. “No. It’s for my journalism class. The theme is Women in Business so, that’s why I’m interviewing Joan Barclay, the CEO of D&D.”

“Good luck,” he said, before he excused himself and walked away. He wondered if he would see her when he got back to the office and found himself hoping that he would.

Margot was waiting outside of the Café when he got there. She looked lovely in a cream colored skirt suit which accentuated her olive complexion. Her curly shoulder length hair was pulled back with a clasp at the nape of her long neck. Strangely, the passionate feelings which used to stir in him whenever he was with her were now non-existent. He was immune to her. It was obvious from the way she looked at him that her attraction for him was still there. She wanted to hug him but the expression on his face discouraged her. “You look great,” she remarked quietly.

They were shown to a table and as soon as they sat down, Margot said, “Thanks for meeting me. I know that you’re a busy man.”

“On the phone you sounded like it was urgent.”

“Let’s have something to eat and then I will explain after.”

He opened the menu but at the back of his mind he couldn’t help wondering if she had brought him there under false pretenses. Over the Duck Leg Confit and the House-made Ricotta Gnocchi, they made small talk. Then, when they were having coffee, he asked, “Why did you need to see me?”

She placed one neatly manicured hand on his arm, her eyes meeting his. “I needed to see you,” she said. “I miss you, Stéphane. I miss us.”

He sighed. “Margot, we’ve been through this before.”

“We don’t have to get married if you don’t want to.”

“Margot, I’m not the right man for you. You should be with a man who will love you and want to marry you.”

She withdrew her hand. “So, you don’t love me any more?”

He shook his head, his expression one of regret. “I’m sorry, Margot.” He didn’t have the heart to tell her that he never loved her.

“Is there another woman?”

“Yes. There’s no point in us seeing each other again. You need to move on with your life, Margot.”

She stood up. He could see the tears brimming in her hazel eyes. “Goodbye, Stéphane.”

“Goodbye, Margot.” He watched her leave. Then, after he finished his coffee, he paid the bill and left.

It was a quarter to two when he got back to the office. On his way to his office, he walked past Joan’s to see if the student was still there. She was. He called Amanda, Joan’s secretary and asked her to let him know when the interview was over. She promised that she would.

He went over to the window and stood looking out.   He was still feeling badly about Margot.  He could still see the look on her face when it finally sank in that there wasn’t a future for her with him.  It was high time for her to forget about him and move on.  He wished with all of his heart that she would find happiness soon with another man.  As for him, he had put relationships on hold.  He had his work to keep him busy.

The ringing of his extension interrupted his thoughts and he hurried over to the desk.  It was Amanda.  “The interview is over,” she told them.

“Thanks.  I’ll be right there.”  He hung up and hurried out of the office.  Joan and the student were just coming out of her office when he arrived.  His eyes shifted from her to the student where they remained.

The student smiled and looked both surprised and pleased to see him again.  “Hello again,” she said.

Joan looked at them, “Have you two met before?” she asked.

“We did,” the girl told her.  “When I asked him for directions.”

Stéphane held out his hand.  “Stéphane.”

“So, Zola, how did the interview go?”

“I enjoyed it too,” Joan said.  “I know that you have to get back to the university so I’ll walk you out–”

“Do you mind if I walk her out?” Stéphane asked.

Joan’s mouth twitched.  She noticed the way the two of them looked at each other.  “Sure.”  She shook Zola’s hand.  “It was a pleasure meeting you, Zola.”

“It was a pleasure meeting you too.  Thank your for doing the interview.  I will email you the final copy.”

“Goodbye.”  When Joan left, Zola looked up at Stéphane whose gaze had never left her.  “So, you work here too.” 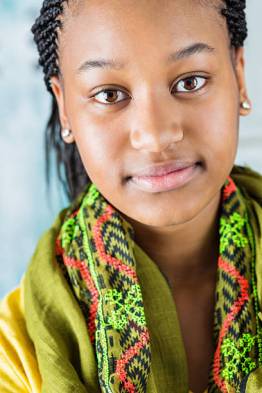 “Do you live on campus or with your parents?”

“I live with my aunt.  My parents are in Nigeria.  After I finished high-school, they decided to send me to university here.”

“Thank you.”  She smiled shyly.

“Is there a boyfriend?”

She shook her head.  “No.”  She could tell that he wasn’t married but it was possible that he had a girlfriend.

“I don’t have a girlfriend either.  Are you busy tomorrow evening?”

She shook her head again.  “No.”  Tomorrow was Friday.

She slid her bag off her shoulder and opened it.  She took out a notebook, tore a page from it and wrote her aunt’s address on it.  After folding it, she gave it to him.  He took it and tucked it into the breast pocket of his jacket.

The elevator arrived just then.  “Goodbye,” she said as she stepped inside.

“Goodbye, Zola.”  He stood here until the doors closed before he returned to his office.  He couldn’t wait to see her tomorrow.

He took her to his favorite restaurant where they enjoyed the food and each other’s company.  Before their first date was over, there were plans for the second.  They began dating and by the end of the month, he knew that he was madly in love with her and that he wanted to spend the rest of his life with her.  The man who had been so adamant about not getting married was ready to tie the knot.  He asked Joan to go with him to pick a ring.  She was thrilled for him.  “She’s an amazing young woman,” she said.  “I have no doubt that you will be very happy together.”

He proposed to Zola on her twenty-first birthday after he treated her to a home cooked dinner.  She burst into tears but somehow managed to say, “yes” before he pulled her into his arms and kissed her.  When he called his mother and told her the news, she was beside herself with excitement.  She had met Zola and they hit it off immediately.  She was like the daughter she never had.  “I told you that when you met the right woman there would be wedding bells.”

4 thoughts on “Maman Was Right”