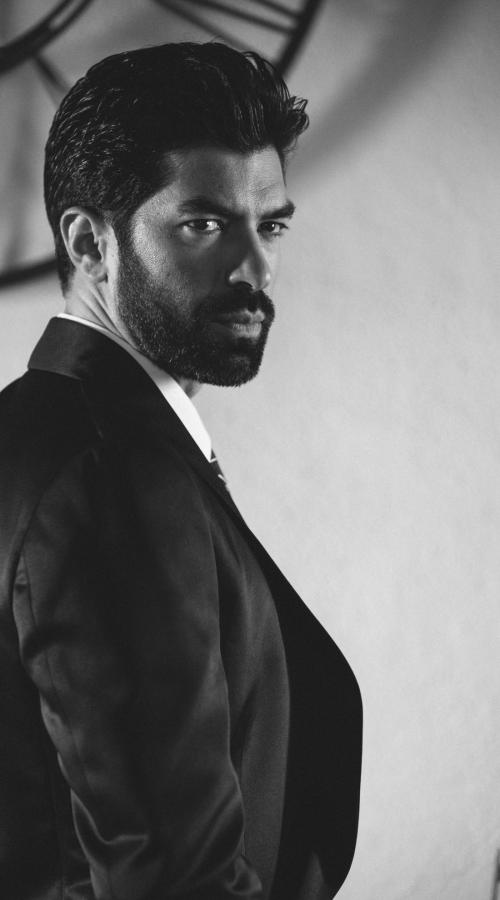 Dalil had just finished making dinner plans with Nasira when his secretary, Lesedi walked into his office.  “I have a big favor to ask you,” she said.

“My niece is out of a job and a place to live.  She called me this morning and I told her that she could stay with me until she could find work.  I didn’t mention to her that I was going to come to you for help until I had spoken to you first.  Would you be able to help her?”

“I’ll see what I can do.  Have her come and see me tomorrow afternoon at 3.”

“Anything for you, Lesedi.”  They had been a team for over ten years now and had developed not only a close working relationship but a close friendship as well.

The following afternoon, he was standing at the window, looking out when Lesedi brought her niece into his office. “This is Annika,” she said. “Annika, tell Mr. Abboud everything you told me.” She excused herself and left them, closing the door behind her.

Annika stood there, watching him. She was wearing a denim shirt and a black skirt and looked to be in her mid to late twenties. “Thanks for seeing me,” she said.

“Have a seat.” He went over to his desk and sat down after she settled into the chair opposite him. “Tell me your story.”

With her hands clasped in her lap, she told him about getting laid off and evicted. “I’ve been trying to find another job but no one is hiring or I’m not what they’re looking for.  Either I’m too qualified or not qualified enough.”

“Where are you staying now since you found yourself in this housing situation?”

“I got evicted this morning so I’m currently not staying anywhere.  I called my Aunt and she offered to put me up.”

“It doesn’t have to be here. At this point, I don’t care what kind of job it is. I’m desperate.”

He thought about it for a moment. “My current housekeeper is leaving and returning to Ankara to be with her family. Would you be willing to take her position?”

“As soon as you are ready.”

“Goodbye.” He watched as she quickly walked out of his office.

A few minutes later, Lesedi came in. “Annika told me that you found her a job.  That was quick.  What’s the job and does it pay well?”

“Yes, it pays very well.  As I mentioned to you, Emine is returning to Ankara and I have been meaning to start the process of hiring someone to replace her but, you saved me the trouble.  Your niece got the job.”

“You hired Annika to be your housekeeper?” Lesedi looked and sounded surprised. “Are you sure that’s a good idea?”

“We don’t have any openings here and I need a new housekeeper.”

“Well, I hope you know what you’re doing.”

“If you’re worried about Nasira, I’ll address whatever concerns she might have.”

Lesedi shook her head, not convinced.  Nevertheless, she thanked him profusely for helping her niece.