To Vote or Not to Vote 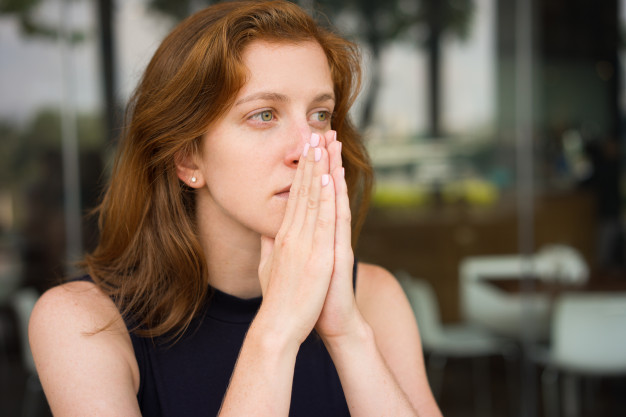 Heather sat at the table, still reeling from what just happened.  One minute Linda and she were sitting in a cafe, having coffee, got to talking about the elections and then she got up and walked out after a heated argument ensued.  Heather had never been so humiliated in her life.  This was one of the reasons why she didn’t like to talk about politics or religion.  It all started when she shared her conflicted feelings about voting for President Trump.  “I can’t stand the man,” she said.  “He’s crude and rude.  As a woman, I find his abrasive language nauseating and degrading.”

Linda had reminded her, “You voted him into office.”

“How can I forget?” Linda rolled her eyes.

She brushed aside that remark.  “So, I’m trying to figure out if I should vote for him or not.”

“Unless you switch over to the Democratic Party, you don’t have a choice.  Trump’s the only Republican candidate.  Everyone else was too scared to take him on.”

“Perhaps they felt that he would do a better job at defeating the Democrat’s nominee.”

“I sincerely doubt that.  The Republican Party doesn’t have a backbone.  They’re intimidated by Trump.  I’m thankful that I’m not a Republican.  So, what are you going to do?  Vote for a man who is a racist, sexist, dishonest and who has divided this country?”

“He has done more to protect our religious rights in this country than any President in the last 20 or more years.  In January, he announced an initiative to protect religious liberty, including in schools.  He believes that Christianity in America is under sustained attack and that the federal government must come to its rescue.”

“Really?  As far as I’m concerned he just trying to score points with his evangelical supporters.  He needs their support for his 2020 reelection.”

“Well, he’s all for the rights of the unborn.  As a Christian woman, I can’t vote Democrat because they are all for protecting the women’s rights and destroying the lives of the unborn.”

“Democrats believe that a woman should have the right to choose.  It shouldn’t be taken away from her because of someone else’s religious beliefs.”

“It’s very clear in the Bible that the taking of a life is murder.”

“I’ve heard of cases of rape and incest victims who have chosen to keep their babies and were happy that they did.  And of women who willingly went through with their pregnancies even at the risk of their own lives.  They were unselfish women who valued the lives of their unborn.  Abortion is a selfish act.”

Linda’s face had turned beet red at that point.  “How could you say that?” she demanded.  “Don’t you think that woman is thinking of the fetus when she decides to have an abortion?  She’s thinking that it would be best not to bring another unwanted child into the world.”

“Even if she doesn’t want the child, there are couples out there who would love to adopt.”

“Why should she go through nine months of pregnancy and then hand the child over to be adopted by strangers?  And what happens when the child finds out that he or she was adopted and wonders why he or she was given away?  What about when the child wants to find the biological mother who doesn’t want to be found?  Wouldn’t that have further cause pain and psychological damage to that child?  Is that what you anti-choice activists want?”

“Who are you going to vote for?” Heather asked.

“Why would you vote for Bernie?”

“I agree with his views on education, income inequality, minimum wage, paid leave, abortion, the economy and criminal justice.”

“The Democrats don’t think that Bernie could defeat Trump.  Some people feel that nominating him could undermine our democracy.”

“Why would anyone in their right mind want four more years of Trump?”

“Well, what’s the alternative?  The Democrats don’t want Bernie because his policies and ideas are dangerous.”

“Well, I would rather take my chances with Bernie that to go through another four years with Trump as President.  He hasn’t made America great.  It’s now the Divided States of America.  He has taken the country back into the past after it has come so far.  Racism is in the open.  People aren’t afraid to express their hatred or act on it.  Is that what you want for America for another four years?”

“I’m going to vote for President Trump regardless of his aggressive language because my vote could save the lives of babies.”

Linda muttered something under her breath, pushed back her chair and stood up.  “You’re going to vote to put that man back into the oval office over one issue.”

“Yes, an issue that is extremely important to me.”

“It’s clear that you don’t care about this once great country of ours,” she retorted. before grabbing her bag and walking away.

That was ten minutes ago.  Heather was still sitting here, stunned and devastated because she had lost a friend over politics.  Was it worth it?  She told herself that it was.  Their heated exchange made her realize what she needed to do.  Despite her unfavorable opinion of him, I had to vote for President Trump because God’s commanded in His Word, “Do not kill” and President Trump is fighting to protect the lives of the unborn.  To vote for him is to vote for life. 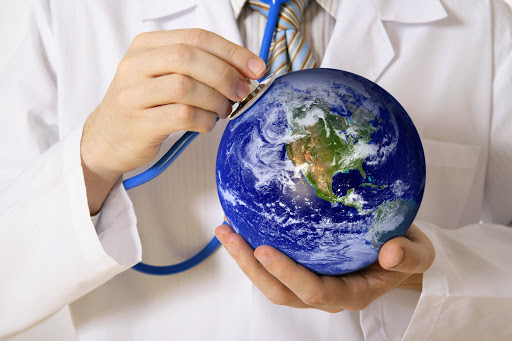