In my desperation I prayed, and the Lord listened; he saved me from all my troubles – Psalm 34:6, NKJV 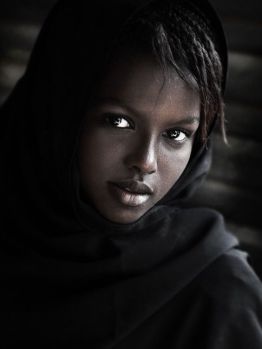 I was 13 when my parents married me off to a 36 year old rich Arab man.  He was the second man who wanted me to be his wife.  The other man was a neighbor and he knew me since I was a baby.  He was in his 60s.  He offered 40 cows but the Arab offered money.  My parents accepted the money.

I had no choice.  I left my village and went with him.  Before we got married, I had to spend 15 days with his family.  I hated it there.  They didn’t like me because I was African and dark-skinned.  It didn’t matter that I was a Muslim like them and that I spoke Arabic.  They would have preferred if he had married an Arab woman.  I think they had a problem with my age.  I overheard his mother ask him why did he agreed to marry someone so young?  His response was that I was very pretty and he wanted me.  I think it was because he was controlling and believed that a younger wife would be more obedient.

My life before marriage was a nightmare.  At night he would ravage me and the following morning at 7am, his mother woke me up to pray and do housework.  I felt like a slave.  I felt so alone and helpless.  Things continued and got progressively worse after we got married.  We moved into his home.  I continued to do the housework, cook and pamper him.  I was forced to have sex every night even when he knew that I was very upset or tired, he didn’t care.  He went ahead and had his pleasure and fell asleep afterwards while I lay there beside him in the bed, in the dark, crying.

My marriage wasn’t anything like my parents’.  I never saw my father mistreat my mother and she seemed to enjoy taking care of him.  It wasn’t like that for me.  I didn’t want to be married.  I wanted to be in school, getting an education.  I was hoping to be a doctor but that dream was squashed by a marriage forced on me by my parents.  My mother even said to me, “This marriage proposal is a gift from Allah, his way of keeping you out of trouble. If you say no, you will be showing your lack of faith in him, and you will be punished.  This man’s rich and he will provide well for you.  All you have to do is be a good wife to him.”

How could she expect a teenage girl to be a wife?  She didn’t even get married until she had finished school.  And she married for love.  Why couldn’t I marry for love too and when I was ready?  It seemed so unfair.  I came to the conclusion that my parents didn’t love me.  If they did, they wouldn’t have married me off to a man almost three times my age.  I didn’t know what to expect.  I imagined that my husband being so much older than me would take care of me.  He would be like a father to me. 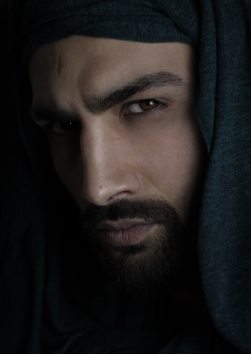 I soon learned that a husband never intended to be a father.  He was content with it being just the two of us and he expected me to be a wife, despite my age but  I was more like a slave.  He took great pleasure in telling me that he used to have hired help but dismissed them after he married me.  He expected me to keep a house which was very big with a lot of rooms.  I was exhausted by the time I finished cleaning it.  Then, I had to do the cooking, laundry and ironing.  I was exhausted by the end of the day but I still had to satisfy him in the bedroom.

I hated my marriage, I hated him and I hated my life.  I wished that I could run away but I knew that it would be pointless.  He told me once that if I did, he would find me because he had people watching the house when he wasn’t there.  And that life would be a thousand times worse for me.  I believed him.

Night after night, I prayed to God to help me.   I knew that what my husband was doing to me was against our religion. Islam prohibits all forms of oppression and injustice yet he felt that it was his right to beat me if I were disobedient to him such as refusing to have sex with him when he wanted it.  The Qur’an clearly teaches the sexual relationship between a husband and wife should be mutually satisfying but it was never like that for us.  As his wife, he demanded sex from me and whenever I refused him I was beaten and then raped.  He told me that God got angry with disobedient wives but I remember a friend once told me that when obeying a husband involves behavior that is hurtful or destructive to oneself or others, a Muslim wife must remember that her primary obedience is to God.

I wanted God to help me.  I wanted out of this nightmare.  I couldn’t continue living like this.  I felt like I was caught in a trap and nothing or no one could get me out of it except God.  For 25 years I was trapped in an abusive marriage and then my husband died.  He left nothing in my name and his family denied me everything, including the dowry I was entitled to.  He and I didn’t have any children together and that was why they were able to rob me of my inheritance.  I had wasted 25 years of my life.

I’m 38 now and a part of the ActionAid supported women’s group working to advocate against FGM and child marriage.  I don’t want anyone to go through what I did.  A girl should have the right to decide when and whom she wants to marry.  Education should come first.  Marriage should be a healthy, happy and safe choice for us.  Islam teaches that each person has been given freedom of choice and is accountable for his/her own life.  Today, I am pushing for girls to be independent and to choose their own future.

I don’t know if I would ever get married again.  I had such a horrible experience.  I’m just thankful to God that I’m no longer living in an abusive marriage and that I can focus on empowering girls to understand and live out their rights, including saying no to child marriage.

This story is fiction but child marriage is a disturbing reality.  I was inspired to write this story after reading Aleyna’s* story in an email sent to me by Equality Now.  She was 13 year old Lebanese girl and forced to marry a 36 year old man who abused her for 40 years before he died, leaving her nothing.  Equality Now’s partner in Lebanon, LECORVAW (The Lebanese Council to Resist Violence Against Women) is working with women like Aleyna who need legal support to access the justice they deserve.  Aleya says that, “I have a lawyer who works for LECORVAW, she is defending me in court and that is very important. LECORVAW is giving me psychological and legal support. I feel so much better thanks to them as before I was struggling to cope.”

Child marriage is an evil practice which has to be eradicated from society.  Girls should be allowed to finish their education and to decide when they want to get married.  Marriage is for adult men and women NOT adult men and children/girls.  We need laws to protect girls from child marriage.  Let’s raise awareness and support the organizations which are working to end child marriage.