It was love at first sight for me when I saw her walking towards me.  It was a blind date.  I don’t usually go on blind dates, mind you, but for some inexplicable reason, I went on this one and man, was I glad I did.

She had to be the most beautiful girl on the entire planet.  Those eyes did things to my heart and those Angelina Jolie lips–my, my, my.  Up to that point, I’ve only dated African American women but this girl was Pakistani.  I could tell from the way she was looking at me that she liked what she saw.

Needless to say, we really hit it off and that first date turned into other dates and before I knew it, I was telling Raj, the friend who set us up, that I wanted to marry this girl.  Raj was blown away and quite pleased with himself.  “I told you that you were going to love her.  If I weren’t already married, and happily married, I would have dated her myself.  I’m thrilled for you, Man.  So, have you popped the question as yet?”

“No, but I’m going to tonight when we’re having dinner at my place.”  And I did.  She was so moved by tears that for several minutes she couldn’t say anything.  After I slipped the ring on her finger, we stood and hugged.  She ended up spending the night.

We got married in an elegant but intimate ceremony.  Raj, of course, was my best man.  My family were all there but none of hers was–only friends and co-workers.  I knew that they didn’t approve of me because I wasn’t Pakistani.  I later found out that they wanted her to marry a friend of the family who was rich but old enough to be her father and she refused.  She moved out of her parents’ house and moved in with a friend. 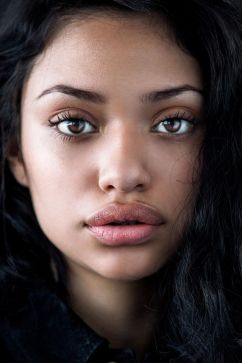 When her family found out about me, they were livid.  They tried to get her to end our relationship but she refused.  She told them that she loved me and planned to spend the rest of her life with me.  Her father was especially opposed to this and told her that she was a disgrace to her family. Even there in America, she had respect their family’s caste, religion and customs.  He warned her that if she didn’t stop dating me and agree to the marriage they had arranged for her, she would be very sorry.

I didn’t know that she was afraid that something dad would happen to her.  If I had, I would have packed up everything and taken her far away.  It never once occurred to me that my father-in-law, whom I never met, would take my wife’s life.  Even now, I still can’t believe that a father would kill his own daughter because she chose to marry a man she loved instead of the man they wanted her to marry.

It happened a couple of months after she gave birth to our beautiful daughter, Alaya.  She was on her way home from the supermarket when she was struck by a car driven by her father.  She was rushed to the hospital.  Her condition was very critical.  She suffered multiple vertebrae fractures, an ankle fracture, a severe closed head injury and multiple soft tissue injuries from head to toe.  To say that I was devastated would be a gross understatement.  I was beside myself.  I cried and prayed for her to pull through but she slipped into a coma and never woke up.  My family and friends rallied around me, supporting me.  I had lost the love of my life and the mother of our child.  How on earth was I going to get through that?

Her father was charged with murder.  He’s still serving time.  I don’t hate him anymore.  I have channeled the negative feelings into something positive.  I have created a foundation in my wife’s honor.  It’s called Sanaya after her.  The organization is geared towards preventing honor killings in America.  This is America.  It’s supposed to be the land of the free.  What about the message at the bottom of the Statue of Liberty which says, “Give me your tired, your poor, Your huddled masses yearning to breathe free, The wretched refuse of your teeming shore.”

Yet, honor killings are no longer happening in other parts of the world.  They are happening right here in our own backyard.  And it has to stop.  It is an issue that cannot be ignored.  Right now, I am working to expose the issue and help train front line responders, victim service providers, and counselors.  I have to do this for Sanaya, our daughter Ayala and other women.  There is no honor in killing and women are not objects or possessions.  They, like Sanaya, should have the right to marry the men of their choice and not be murdered for it.  It is my hope and prayer that honor killing will be a thing of the past.  Until that time, I will continue to honor Sanaya’s memory by fighting to “end the practice of Honor Killings and shift the mindset of Pakistani society to one of gender equality.”

This story is fiction but it was written for National Day of the Elimination of Violence Against Women which is today, November 25, 2019.  This story was inspired by the true tragic killing of Noor, a young Iraqi woman who was run over by her father in Arizona.  She was killed to preserve the family honor.  In her father’s eyes, she was engaging in behavior that could taint her family’s status.

Noor told a friend that her father disapproved of everything she did — from the way she dressed to her choice of friends. According to Noor’s friend, Pesta, “She had a foot in two worlds. She had one foot in suburban America and one foot in Middle Eastern tradition.  In public she tried to put on a brave face…and tried to live her life and enjoy the freedoms that American offered her. In private, she fought with her father all the time.”

Honor killing has been around for such a long time and was thought to happen only in certain countries but it is happening in North America.  According to Aruna Papp, an internationally recognized educator and a survivor, after being raised in an honour-based family structure in India, honor killings are happening here in Canada.  “It’s an epidemic. We have had 19 honour killings in Canada in the last decade. In all developed countries, the highest rate of suicide is among South Asians—why do they come to developed countries and kill themselves? Because we are trained from birth to be self sacrificing…it’s so much easier to kill yourself then to humiliate the family.”

The issue of honour killing was thrust into the Canadian spotlight back in 2009, after four female members of the Shafia family were found dead in a canal in Ontario.

Honor killing and violence against women are real issues and we must continue to raise awareness and take action.  Girls and women deserve to live quality lives, free of violence, oppression and free.  It is believed that at least 5,000 honour killings are reported around the world each year, but most likely the actual number is far higher since many go unreported.

If you are interested in learning more about honor killing and/or how you can help in the fight to end it, here is a list of organizations you can check out:

Violence against women is not just a problem in countries like Afghanistan and Somalia. It’s happening in the U.S. too – Ayaan Hirsi Ali, survivor and founder of AHA Foundation

Ayaan Hirsi Ali stated that most Americans refuse to accept that honor violence happens there and this is the biggest obstacle to providing effective assistance.  Her foundation receives requests for help from women and girls in crisis.  She mentioned in her editorial, “There is the young woman, an American citizen, who was taken to her family’s native country in the Middle East to marry a complete stranger against her will because her parents feared she was becoming too “Americanized.” There is the college student who fears for her life should her father discover that she is dating someone outside her family’s faith. There is the teenage girl who discovers she is pregnant and is threatened with murder by her family for bringing shame upon them.”

Refusing to believe that this type of violence is in our country wouldn’t make it go away.  It exists and women and girls need our help.  We must do something.  No more burying our heads in the sand.  We MUST take action.

Honor killings are not honorable by God. They are driven by ignorance and ego and nothing more. The Creator favors the man who loves over the man who hates. If you think God will punish you or your child for allowing them to marry outside of your tribe or faith, then you do not know God. Love is his religion and the light of love sees no walls. Anybody who unconditionally loves another human being for the goodness of their heart and nothing more is already on the right side of God.
― Suzy Kassem, Rise Up and Salute the Sun: The Writings of Suzy Kassem