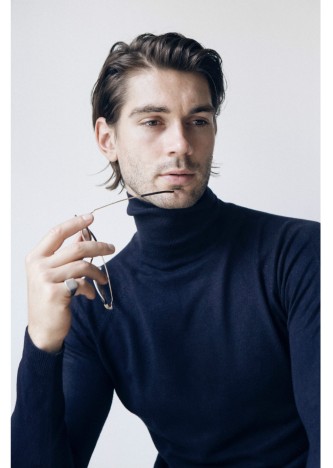 It was an elaborate dinner for just the two of us, something I hadn’t expected at all.  When I showed up at the mansion, I expected to find other guests but I was the only one.  I was escorted by a butler who walked with his back straight as a rod to the dining-room.

She was sitting at the head of the table but rose gracefully when I entered.  The red shimmering dress with the V-neck flattered her figure and the high slit at the side revealed a pale, shapely thigh.  Her auburn hair tumbled about her shoulders.  Her red lips parted to reveal even white teeth as she reached up and kissed me on the corner of my mouth.

“Her gaze traveled slowly over me.  “You look amazing in that tux,” she remarked, admiration flickering in her eyes.

“Thank you.  And you look ravishing.”

Color suffused her cheeks.  “Thank you.  I hope you don’t mind that it’s just the two of us,” she said when she drew back to look up at me.

“Weren’t the others able to come?”

She studied me for a moment, her green eyes twinkling before she sashayed back over to her seat.  “They were never invited.”

My eyebrows arched.  Amused, I waited until she sat down before I did in the chair on her left.  “I’m flattered,” I said.  “If you wanted to have dinner with me, all you had to do was ask.”

“Would you have accepted if I had?”

“Well, is she your type?” Jayla interrupted.

“Did you stay and have dinner with her?”

“She went to all of that trouble.  I couldn’t just leave.”

“She got you over there on false pretenses.  You weren’t obligated to stay.  Once you realized that she had tricked you, you should have left.”

“Well, she deceived you, then.  You should have left.”

“Maybe I should have.”

“If she had asked you to have dinner with her, would you have accepted?”

“And did you answer her question?”

“The one about her not being your type.” 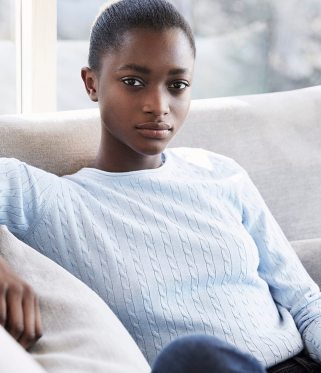 “No, I changed the subject.  I told her that I was working on a new novel.  She asked me all sorts of questions about it.”

“And what happened after you finished having dinner?”

“We went into the drawing-room where we listened to music while having after dinner drinks.”

“And is that all you did–have drinks and listen to music?”

His lips twitched and he said, “You know from this angle that picture looks a bit crooked.”  Putting his glasses down on the counter, he got up and went over to adjust the frame.  When he turned to face her, she was glaring at him.  “Jayla, nothing happened between Vanessa and me.  After the drink, I thanked her for a lovely evening and then left.”  He returned to the stool and sat down.

“You said she looked ravishing.”

“Are you going to see her again?”

He shook his head.  “No.  Before we parted company, I made it very clear, in a tactful way, of course, that I wasn’t romantically interested in her.”

“And how did she react?”

“She was disappointed but there were no hard feelings.  We parted on good terms.”

Jayla got up from the sofa and walked slowly over to him.  “You said she kissed you.”

“Yes, she did.  Right here.”  He pointed to the right corner of his mouth.

She hesitated for a moment and then, leaning over, she kissed him at the corner of his mouth.  When she drew back, their eyes met.  “What about now?” she asked, breathlessly.  “Did you feel anything?”

His eyes were smoldering.  “Yes,” he muttered.  “I felt something.”  And then she was on his lap and he was kissing her.

Jayla wrapped her arms around his neck and kissed him back, her head spinning as all sorts of sensations swept through her body.  She had always fantasized about kissing him but this was beyond her wildest imagination.

Several minutes later, he drew back to gaze at her, his breathing labored and his face flushed.  “I’ve wanted to do that for a long, long time,” he panted.

She smiled.  “Why didn’t you?” she managed to say in between breaths.  Her chest was heaving and her heart was beating so fast.

“I wasn’t sure how you felt about me until today when I saw that you were jealous of Vanessa.”

“You’re right I was very jealous.  I thought you were attracted to her because of the way you described her.”

“She is a very beautiful woman but I don’t want her.  I want you.  I have always wanted you.  I think it’s time I showed you just how much.”

She slid off his lap and swallowed hard when she saw the expression on his face before he picked her up and took her to his room.

“You’re my type,” he said hours later when they were having dinner.

This was written for the Ragtag Daily Prompts for Thursday’s word, Elaborate and today’s word, Angle.  If you’re interested in participating, click HERE for more information.

4 thoughts on “His Type”