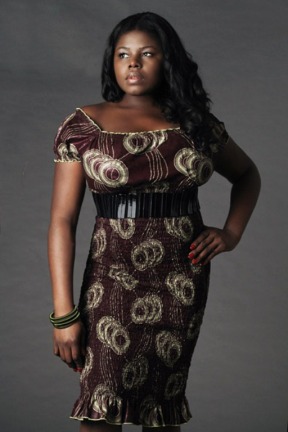 It was her first day back to work after a month long vacation in Jamaica.  Since she left there ten years ago, she hadn’t visited until now and was happy that she did.  She had forgotten the verdant mountainsides, crystalline rivers and white beaches surrounded by a turquoise sea.  She stayed with her cousin, Winston who owned and ran a beach resort.

The funny thing is all that time she was away, she couldn’t help thinking about Zain.  She missed him.  When she went shopping, she picked up a vintage wood carved hand-painted vase and a bottle of Rum for him.  She was looking forward to giving them to him.  He must have gotten the postcard she sent.

Winston was a party animal and he dragged her to different nightclubs, bars and house parties where she met all sorts of men.  They were interested in her and she found some of them very entertaining but she just wasn’t into any of them.  How could she be when she was in love with Zain?  Zain was her boss, for Pete’s sake.  Before she became his secretary, she was his father’s.  After Sadiq Patel decided to go into early retirement, he handed the company over to his youngest son along with her, his trusted secretary whom he hired fresh out of university, a decision he always prided himself was the one of the best ones he had ever made.  He used to say to her, “If I were at least twenty years younger, I would leave for my wife for you if you’d have me.”

Teona knew that he wasn’t serious.  She used to shake her head and say, “You and I both know you would never do that.”

She knew courage had nothing to do with it.  He was crazy about his wife.  Death was the only thing that could come between them.

On her last day working with him, they had hugged and she had cried.  She had loved working for him and was going to miss him terribly.  Mrs. Patel and he returned to New Delhi.  The last she heard, they had opened a restaurant.

The first time she met Zain, he was in his father’s old office, sitting on top of a table.  To say that he was handsome was a gross understatement.  He was drop dead gorgeous and for several minutes all she could do was stand there, tongue-tied, staring at him.  A slight smile tugged at the corners of his mouth.

“Hello, Teona,” he said.  Unlike his father, he had a British accent.  “My father has told me so much about you.  I’m looking forward to us working together.  Please have a seat and we can go over the company’s books to see where we are.”

That day was a complete blur for her as she tried to get him up to speed with everything and at the same time distracted by his good looks.  They soon came up with a system which worked perfectly for them.  And she soon found that, like his father, she loved working for him too but for completely different reasons.  It was too bad that he had a girlfriend…

The ringing of her phone jolted her back to the present.  It was Zain.   She quickly picked it up.

“Welcome back,” he said.

“Thank you.”  It’s good to be back.  She didn’t think she would ever go away for that long again.

“Come and see me after you’ve settled in.”

“All right.”  After she hung, she checked her emails, deleted many and responded to some.  She went to the washroom to make sure she looked fine.  She grabbed the bag with the stuff she had brought back for him and went into his office.

He was sitting at his desk but got up when she went in, closing the door behind her.  She walked over to him and extending the bag, she said, “I brought these back for you.”

He took the bag and looked inside.  “Thank you,” he said, smiling.  “I got your postcard.”  He set the bag down on the carpet beside his desk.  “Did you have a good time?”

“Has it changed much since you left?”

“Yes, it has.  I’d forgotten how laid back life there was compared to here.  It was nice not rushing around and being able to just walk out to the beach instead of having to drive there.”

He was leaning against the desk now, arms folded, watching her.  “Did you stay at a hotel or with family?”

“I stayed with my cousin, Winston.  He has a beach house.”

“What else did you do besides go to the beach?”

“Well, I went river rafting, zip-lining and visited Ochos Rios, Negril and Kingston where the Bob Marley Museum is, nightclubs, bars and parties.”

“Did you meet anyone?”

“Well, I met a lot of men, most of them were Winston’s friends.”

“Were you attracted to any of them?”

She shook her head.  “No, I wasn’t although most of them were really nice.”

“I missed you.”  The statement took her by surprise and the expression on his face made her heart skip a beat.

“Sure you did,” she replied, lowering her eyes.  “It’s the first time since we have been working together that you had to work with another secretary.  Did you get along well with Stacey?”  Stacey and she covered for each other.  The older woman was extremely competent.

“Yes, we got along famously but when I said that I missed you, I wasn’t speaking as your boss.”

She swallowed hard.  His eyes captivated her.  “What—what about Amrita?”

“She kept hounding me to get rid of you and gave me an ultimatum.  It was either you or her.”

“Why did she want you to get rid of me?”

“Do you remember the day when you and I were in here working on a project?”

Yes, she remembered.  How could she not?  They had spent most of the morning on it and finished it just after noon.  He ordered in take out and they sat on the sofa to have it.  Over delicious Thai food, they talked about all sorts of things, including her trip to Jamaica.  When they were finished eating and had put the containers in the garbage, she was about to take up her notes when he reached out and rubbed the right corner of her mouth with his thumb.  “You had a bit of sauce,” he explained.

“Thank you,” she murmured.  His hand was still holding her face.  They stared into each other’s eyes and their heavy breathing mingled.  Her gaze dropped to his mouth and watched, mesmerized as it drew closer…The loud knock on the door startled them and they sprang apart just as Amrita walked in.  She looked from one to the other, her expression dour before she inquired stonily, “Am I interrupting something?”

Flustered, Teona muttered, “No, I was just leaving.”  She turned away, grabbed her notes and almost ran out of the office.  For the rest of the day, she relived those last few moments in Zain’s office—when he rubbed the sauce from the side of her mouth and the kiss they almost shared.  The following morning she was on a plane headed for Jamaica.  And now she was back and here in his office.

“I remember,” she answered.  I thought about it a lot when I was away.

“Amrita knew that she had interrupted something.  She sensed that there was something between us and that’s why she wanted me to get rid of you.”

“So, instead of getting rid of me, you dumped her?”

“Yes.  Why should I get rid of a perfectly good secretary?” His eyes twinkled and his lips twitched.

“Is that the only reason why you didn’t get rid of me?”

His expression changed.  He looked very serious now and he reached for her hands.  “You know it isn’t,” he replied, pulling her closer to him.   His heated gaze met hers squarely.  “Just like you know what would have happened if she hadn’t interrupted us.”

By now she was having trouble breathing normally.  And her heart was pounding like crazy.  When she was standing inches from him, he released her hands and cup her face between his hands.  Then he was kissing her.  Now that her hands were free, she wrapped her arms around his waist as the kisses became more passionate.

Several minutes passed and then as things were getting really heated, he broke off the kiss, his breath harsh and unsteady.  “We’d better stop,” he gasped.

She nodded, trying to catch her breath.   “Yes, I’d better get back to my desk.”

Reluctantly he released her and ran his fingers through his hair.  His eyes were stormy as they met hers.  “Have dinner with me tonight.”

“My place at seven-thirty.”

He leaned over and kissed her long and hard on the mouth.  “It’s great to have you back.”

“It’s great to be back,” she murmured before she turned and walked unsteadily out of his office.

This was written for the Ragtag Daily Prompt for today’s prompt, Courage and yesterday’s prompt, Verdant.  If you’re interested in participating, click HERE for more information.