Do not lose hope, please believe that there are thousands of beautiful things waiting for you. Sunshine comes to all who feel rain. -R.M. Drake

After staring at her painted toenails, she finally raised her head to look up at him.  They were standing by the lake on a cloudy Sunday afternoon.  They had just gone for a bite to eat at their favorite Greek restaurant.  All during the meal, she wrestled with herself.  Should I tell him today or wait a while longer?  They had been dating for a while now and things were becoming serious between them.  He had a right to know.  If there was to be any future together, there could be no secrets between them.

“Ishmael, I have something to tell you.”

He looked a bit concerned.  “What is it?” he asked gently.

She took a deep breath.  “I suffer from bi-polar disorder.”  There, she said it.  Her heart pounded as she waited for his response.  Would he act all strange or come up with some excuse and walk away and out of her life?  It had happened before with other guys.  She hoped that he would be different.

An expression of relief came over his face.  “Is that all?” he exclaimed.  “I thought you were going to tell me that it’s over between us.”

He shook his head.  “No.  Mental illness isn’t something to be ashamed of.  And it doesn’t define you.  I look at you and still see the amazing woman I fell in love with a year ago.”

Tears welled in her eyes.  “I was afraid to tell you but you had a right to know.”

He reached out and drew her closer, his thumb caressed her cheek as he rested his forehead against hers.  “You have nothing to be afraid of where I’m concerned, okay?” he assured her.

She nodded, not trusting herself to speak just then.

“I have something I need to ask you,” he said, raising his head.

He didn’t answer right away.  Instead, he got down on one knee, fished out a little black box from his jeans pocket and holding it out for her to see as he opened it to reveal an exquisite diamond and gold ring.  “Nadya, will you marry me?”

Nadya began to cry and in between the sobs, she managed to say, “Yes!”

Grinning broadly, Ishmael slipped it on her finger, kissed it and then got to his feet.  Cupping her face between his hands, he kissed her.

She put her arms around his waist and kissed him back, her heart almost bursting.  At that moment the sun began to shine. 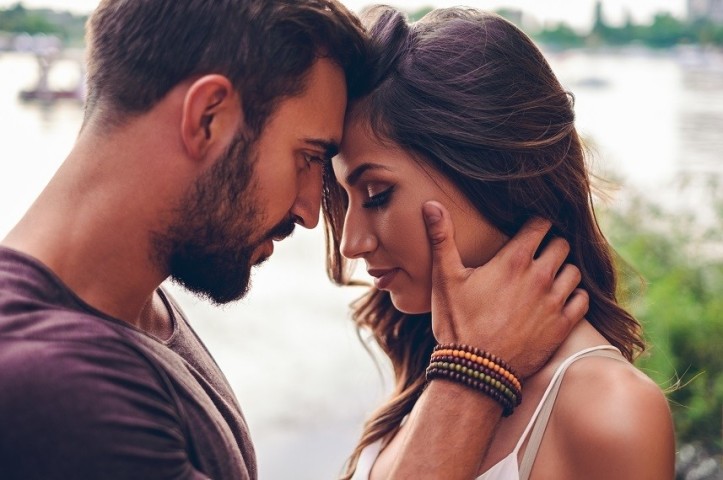 January 30th is Bell Let’s Talk Day when Canadians and people around the globe join the world’s largest conversation about mental health.  The impact has been great. Overall, 87% of Canadians say they are more aware of mental health issues than they were a few years ago. Additionally, 85% think attitudes about mental health have changed for the better and 75% believe the stigma around mental illness has been reduced. The numbers are even more impressive among young people aged 18-24: 88% think attitudes are better and 77% believe stigma has been reduced – BCE

Mental illness is something that affects everyone in some fashion and there always needs to be a conversation.  I have been personally affected by it.  My sister has bipolar disorder as did two deceased cousins.  I knew two co-workers who had it as well.  Those who have it need to know that they have support.

It isn’t something to be ashamed or embarrassed about.  There is awareness and an ongoing conversation.  And most importantly, there is help.

There isn’t anybody out there who doesn’t have a mental health issue, whether it’s depression, anxiety, or how to cope with relationships. Having OCD is not an embarrassment anymore – for me. Just know that there is help and your life could be better if you go out and seek the help.” – Howie Mandel