I was sitting at my desk when she walked into my office, dressed in a sleeveless, low cut black dress that hugged her snugly.  I tried not to give away the fact that I was turned on.  What was she doing here?  I wondered.  She knew better than to come to my office.  Fortunately, no one else was around.  It was New Year’s Eve and everyone had left early.  It was just me in a place that was so quiet that you could hear a pin drop.  The windows blocked out the sounds of the traffic below.

I watched as she came closer.  She had that come hither look.  I was tempted to leave the desk but I stayed put.  “What are you doing here?” I asked.

“You could have called instead of coming all this way.”

“I know but I wanted to see you.”  She was standing over me now, her body inches away.  I could smell her perfume.  It was as intoxicating as she was.  My heart is racing now and it’s becoming increasingly hard for me to act like her being there didn’t matter.  It did.  More than I’d like to admit.  I ached to touch her.

“You’ve seen me.  You can go now.”  I swung my chair so that my legs were no longer underneath the desk and I was facing her. 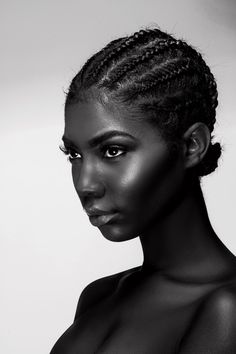 “Not until I’ve had a chance to do this,” she murmured.  And leaning over, she kissed me on the mouth.  “I couldn’t do that on the phone, could I?” she said when she drew back.  We were both breathing heavily.

That was my undoing.  Muttering under my breath, I grabbed her and pulled her down onto my lap and my mouth found hers.  I kissed her like a ravenous wolf.  Her response and the feel on her fingers digging into my scalp were a huge turn on.  I put my hands under her legs and stood up.  I carried her into the conference room next to my office where there was a leather sofa.  I put her on the sofa and dragged the dress off her.  I quickly stripped and then my mouth and hands were all over her.

We were like two animals in heat.  We couldn’t seem to get enough of each other.  Her nails clawed at my back, digging into my flesh but I didn’t feel the pain.  All I felt was pleasure–exquisite, mind-numbing pleasure.  The kind I never felt with anyone else.  She made me feel things I never felt before.  Being with her was like riding on a roller-coaster.  I wanted to get off but the ride was so exciting, so exhilarating, so tantalizingly sweet…And when it was over, I get off, thinking that this is the last time but it never is.  All she has to do is show up and I’m going for another ride.

This session seemed to last longer than all the others.  Maybe it was because I didn’t want it to end.  When it was finally over, I stood up and got dressed.  She followed suit.  We didn’t say anything as we returned to my office.  I sat down behind my desk.

“That beats going down to Times Square,” she remarked as she picked up her handbag from my desk.  “I’m glad I didn’t take Dwayne up on his offer.”

My head shot up and my gaze narrowed as it met hers.  “Who’s Dwayne?” I demanded.  I was jealous.

“He’s a guy I’ve been out with a couple of times.”

“Are you going to see him now?”

“Are you going to see him again?”

“Are you and Lillian still separated?”

“In a matter of speaking, yes.”

“So, what’s stopping us from hooking up for good this time?  This on and off thing you and I have isn’t working out for me.  If you don’t want me in your life, just say so and I’ll walk out of here and you’ll never see or hear from me again.”

I stood up at once and pulled her against me, my face earnest as I declared, “No, I don’t want you out of my life.  I know I’ve behaved like jerk.  My only excuse is that I wasn’t ready for another serious relationship.”

She put her arms around my neck.  “I understand.  I just wanted to know where I stand with you.”

“Are you hungry?” I asked suddenly.

“Let’s go to Buffalo Wild Wings and celebrate the New Year together.”

Over ultimate nachos, beer-battered onion rings, gooey mozzarella sticks and boneless wings and Fountain Sodas, we made plans for our next date.

Sometimes love shows up at your doorstep whether you’re ready for it or not.