Ashton Emsworth was waiting for his girlfriend, Jessica, when he spotted Trisha Adams, his former professor from university.  Immediately, his heart began to beat fast.  She was wearing a dark jacket over a white blouse and jeans.   She looked terrific–as usual.  The last time he saw her was three years ago at his graduation.  He wondered if she even remembered him.  He thought about her every single day, wondering if he would ever see her again.  And there she was.

She glanced up and saw him.  Her face broke into a big smile and then she was coming over to him.  He ran his hands nervously over the seat of his jeans, his breath coming a little faster now.  When she reached him, he tried not to stare but he couldn’t help himself.  She was still so beautiful.  “Hello, Ashton,” she said and hugged him warmly.

He closed his eyes as he breathed in her fragrance.  She felt small and soft in his arms.  Heat coursed through his body.  When she pulled back to look up at him, his expression was tense.  He felt so awkward and nervous.  “Hello, Miss Adams,” he managed to say.

“Please call me Trisha.  How have you been?”

“I–I’ve been well, thanks.  W-what about you?”  He wondered if she had any clue that he was extremely attracted to her.   He had been since the first time he walked into the classroom and saw her.

“Lucky them.  How come you didn’t go with them?”

“Well, it’s good that you didn’t go or we wouldn’t have run into each other.  How do you find life after university?”

“It was tough at first because I had spent four years studying and not having to worry about anything but after graduating, I had to figure out what to do next.  I thought of taking a graduate job then I considered pursuing post graduate study.  I ended up taking a gap year.  Are you still teaching at the University of London?”

She shook her head.  “No, I left the year you graduated.  I’m now teaching at King’s College.  Are you waiting for someone?”

“Yes.”  He didn’t mention whom.  For some reason he found himself hoping that Jessica wouldn’t show up just then.

“I won’t keep you then.  Ashton, I was wondering…Are you busy tomorrow evening?”

He thought about it for a moment.  Tomorrow was Saturday.  Jessica was working tomorrow evening.  She worked part-time at a café close to the university.  “No, I’m not busy tomorrow evening,” he said.

Trisha looked relieved.  “Great.  I’d like to take you out to dinner at this great restaurant.  We have a lot of catching up to do.”

She’s asking me out to dinner.  He couldn’t believe it.  Excitement and nervousness filled him.  “I’d like that very much,” he said.

He balked.  “Shouldn’t I be picking you up?” he asked.

“I’m taking you out to dinner so I should pick you up,” she said, her eyes twinkling.  “We’re living in the 21st century, Ashton.  A woman can take a man out of dinner and she can pick him up at his flat too.  Now, what’s your address?”

He told her and she made a mental note.

“Well, I had better be going,” she said.  “I’ll see you tomorrow evening at seven.  Enjoy the rest of the afternoon, Ashton.”

He was sorry that she had to go.  If he weren’t waiting for Jessica, he would have asked her to have a cappuccino with him.  Still, he ought to be grateful that he was going to see her tomorrow.  “Thanks.  You too.”

She touched his arm, making his heart leap in his chest and then turned and walked away.  He watched her go, his skin tingling where her fingers had been.

“Sorry to keep you waiting,” Jessica said, suddenly appearing beside him.  “The lineup in the music store was horrendous but it was worth it.  I finally got the CD after hunting for it all over London for it.  I’m famished.  Let’s go and grab something to eat.  I saw this little bistro just down the street.”  She grabbed his hand and started walking.  All the way to the bistro she talked non-stop about how tempted she had been to buy other CDs and the DVD set of Jane Austen movies.  She congratulated herself on not giving into the temptation.  Ashton didn’t say anything.  His mind was elsewhere.  He was thinking about tomorrow evening and was anxious for it to come.

It came after what seemed like a very long time to him.  As he waited for her in the courtyard outside of his building, he felt tingly all over.  He was thrilled and terrified at the same time.  He hoped and prayed that he wouldn’t make a fool of himself.  His cell phone was turned off.  He didn’t want Jessica calling him while he was having dinner.  He tried not to think about how she would feel if she knew that he was going out on a date with the professor he was besotted with.

A silver grey Mercedes Benz pulled up and the window rolled down.  Trisha stuck her head out.  “I hope you weren’t waiting long,” she called.  “I tried to get here as fast as I could.  The traffic is very heavy.”

He shook his head.  “No, I wasn’t waiting long,” he said as he walked over and got into the car.  Compared to waiting for over two years to see you again, what are a few minutes?  As he fastened his seat-belt, he glanced at her.  She looked amazing in the red jersey dress.  Its rich deep color flattered her.  Her hair was in an updo with strands falling across her forehead and against her cheeks.  She turned her head and caught him staring.  Color suffused his cheeks and he looked away.

“I’ve been looking forward to seeing you all day,” she told him as they drove off.

He looked at her, surprised.  “You have?”

“Yes.  I’ve been thinking about you all day.  By the way, you look very handsome in your suit.”

He blushed, feeling a little self-conscious.  “Thank you.”  A pause and then, he said, rather shyly, “And you look very beautiful.”

She smiled.  “Thank you.”  There was a brief silence for a moment.  Only the sounds of soft music filled the air and then, she asked, “How old are you?”

“I’m twelve years older than you.  Does that brother you?”

“It used to bother me.  When I first saw you in my classroom, I was taken aback by how attracted I was to you.  I tried to fight it, of course, because you were my student and the age difference.  Many times, I wanted to ask you out but propriety prevented me.  It was against the school’s policy for a teacher to be involved with a student.”

“What about after I graduated?” he asked.  “Why couldn’t we have seen each other then?”

“We could have if it weren’t for our age difference.  I couldn’t see myself getting involved with a guy so much younger than me but I couldn’t stop thinking about you and wondering if I would ever see you again.  And then, quite by accident or perhaps, it was God’s doing, we ran into each other yesterday.”

“I think you’re right.  Well, here we are.”  They had arrived at the restaurant. It turned out to be a really nice, cozy and friendly establishment.  The food was incredible.  They spend a very pleasant evening, talking and getting to know each other.  He was sorry when it was time to leave.

“Do you have a girlfriend?” she asked after they pulled out of the parking lot.

The question was so sudden that he blinked.  “Yes,” he said.

“You were waiting for her yesterday when I saw you.”

“Yes.  Does this mean that we can see each other again?”

“Well, that depends on you.”

“I want to see you again, Trisha.”

“What about your girlfriend?”

“I’m going to end my relationship with her.”

“Yes.  I want to be with you.  All this time I’ve been with her, I’ve thought of nothing or no one else but you.  I tried to get in touch with you.  I went on the university’s website to get your email address or number but I couldn’t find anything.”

They were stopped at a traffic light.  She leaned over and kissed him.  He eagerly responded and for several minutes they exchanged passionate kisses.  Then, she pulled away just as the light changed.  “How about a nightcap at my place?”  She sounded breathless.

He nodded, trying to catch his breath. His heart was racing, his face felt hot and his body on fire.   When they got to her place, the nightcap was forgotten as they fell into each other’s arms and ended up making love in front of the hearth.   That night was the beginning of a torrid relationship and culminated in marriage.

If two people are meant to be together, it will happen no matter where, when or how it happens. 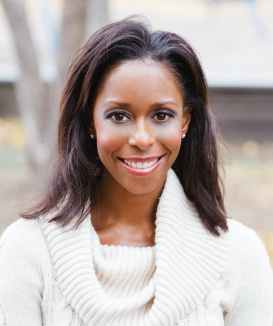 Photo by Dee Thompson on Pexels.com 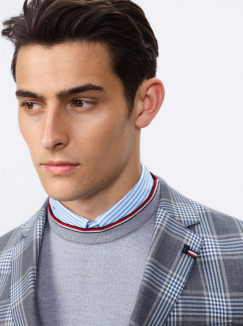