Brie leaned her head against the back of the sofa.

The soft cushions were soothing against her tired

body.  It had been a long and very exhausting day.

Jasmine was especially cranky today because she was

Nothing she did seemed to work.  Desperate, Brie

had searched the Internet for teething tips and

tried them.  There was some respite but as soon

as Jasmine woke up, the fretful crying  began again.

Holding the wailing child in her arms, she called her

husband, Gabe and begged him to take home Infant’s

It seemed to take forever for relief for both mother and

child to come but soon, the sound of the key turning in

the lock was music to her ears.  She went into the foyer

and as soon as Gabe stepped through the door, she

He glanced down at the crying child and putting down

the briefcase, he took her in his arms, trying to soothe

Eagerly, she reached into his pocket and took out the

“Thank you, Honey,” she said. “It will help with the

Gabe’s eyes shot up to her face, alarmed.  “She has

fever?”  He felt her little face and it felt a bit warm.

“It’s nothing to worry about,” Brie assured him.  “They

said that sometimes a low grain fever can develop

with teething.  The Advil will relieve it and the pain.

I’ve been rubbing her gums with my finger and trying

other ways to relieve the pain.”

Gabe’s features relaxed.  “Okay, I’ll hold her while you

give her the Advil.”

After Brie gave Jasmine the Advil, she took her from Gabe

and went over to the sofa.  She sat down and gently rocked

her.  While Gabe removed his jacket and shoes.  He went

into the living-room and leaning over, he kissed Brie

“Once the baby is asleep, we can have dinner,” she said.

Alone with Jasmine who was looking up at her with

big hazel eyes,  a tired smile tugged at her lips.  What

a beautiful baby she was.  It had been a text-book

pregnancy.  No morning sickness and a short labor.

She remembered how Gabe had held her hand as

she went into labor, encouraging her to do the

breathing exercises she had learned in the

Prenatal classes and the expression on his face

when he held Jasmine for the first time.  The love

she saw there had brought tears to her eyes.

He had reached over and kissed her, his own eyes

moist.  “Brie, you are my first love and Jasmine is

my second,” he murmured huskily when he drew

back to look at her.  “I called her Jasmine because

“Yes, you are a gift from God,” Brie whispered now

as she watch those big, beautiful and innocent eyes

close, the long lashes brushing against the chubby

cheeks.  She until she was sure that Jasmine was

asleep before she slowly got up from the sofa and

tiptoed upstairs to the nursery.

After putting Jasmine down, she left the

door to the nursery slightly ajar and was

on her way down to the kitchen when she

noticed that the light in the master bedroom

Curious, she went inside and was surprised

to find Gabe standing in the bathroom stark

and she went in and closed the door behind her.

His eyes darkened when he saw the look on her

face but, he said, “Let’s take a hot shower first.”

Nodding, she got undressed and stepped into the

stall.  He joined her and closed the door behind him.

The hot water beat down on them and it felt really,

really good.  She stood there under its force until

Gabe turned off the faucet.

She closed her eyes as she felt his hands lathering

at the same time.  Then, it was her turn to slather the

soap on him.  When she was done, he turned on the

faucet and they washed off.

They stepped out on to the mat and dried off. Taking her

by the hand, he led her into the bedroom and instructed

on her.  She closed her eyes and relaxed. His fingers massaged

the oil into her skin. When she turned over, he joined her on

the bed and they made love.

Two hours later, they were sitting cross-legged on the rug in

the basement, having dinner and watching a classic movie.

The baby monitor was on the coffee table—just in case.

She turned to look at him.  “Thank you for turning a rough

day into a romantic night,” she said, leaning over to kiss him.

“I love you too.”  They kissed and then she reached for her 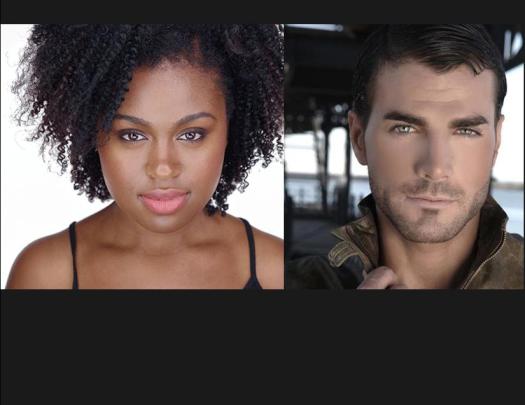 3 Replies to “Rough to Romantic”