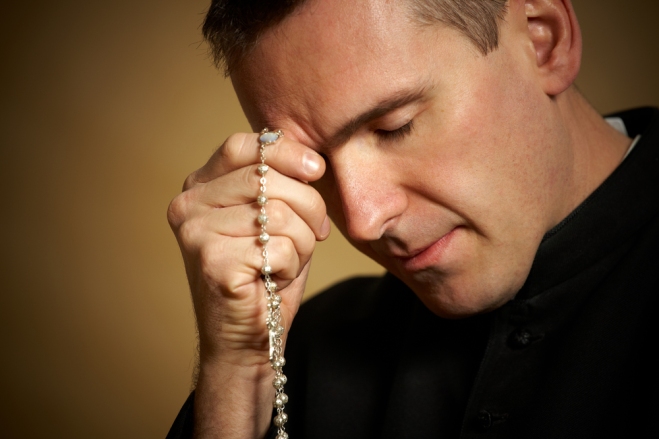 His strategy for forgetting Justine Samuels was to keep busy with his work as the local parish priest but his efforts failed miserably.  No matter where he was or what he was doing, he couldn’t stop thinking about her and wishing that he could see her again.  He missed her terribly.  Against his better judgment, he had continued to see her even after he realized that he was in love with her.  His excuse was that her grandmother was one of his parishioners and it was his duty to visit her especially since she was unable to attend church.

On several occasions, he visited the elderly woman and prayed for her.  Then he would spend a few minutes in the living-room talking to Justine.  It was during one of those times that she broke down and confessed that she didn’t know how much longer she could continue to care for her grandmother on her own while worrying that she could lose her job because the company might be downsizing.  Her job meant a lot to her because she was able to work from home.  She had moved into her grandmother’s cottage after the elderly woman had fallen ill.

Touched with compassion, he offered to counsel her.  They met once a week in her grandmother’s bright and airy sun room and the sessions lasted for an hour.  Sometimes he would stay afterward and have a cup of tea or he would leave immediately after.

Soon he found himself dropping by even when they didn’t have a counseling session on pretext of checking on her grandmother.  Afterwards, he would feel guilty and go to the chapel and pray for forgiveness.  Try as he did, he couldn’t stay away and during the summer when the weather was pleasant, Justine and he would sit outside in the garden while her grandmother was taking a nap in the living-room.

One afternoon, they were out in the garden, sitting on the bench, talking.  Behind them was a climbing rose bush winding its way up the side of the house to second floor window.  He got up and went over to it.  “Whenever I see a rose, I can’t help but marvel at its beauty and intricacy.  Have you ever heard the quote:  Some people complain because God put thorns on roses, while others praise Him for putting roses among thorns.”

She shook her head, getting up and going over to him.  “No, I’ve never heard that quote.  Which of the two categories do you fall into?”

“The second.  I praise Him for putting roses among thorns—beauty among the ugliness that exists in this world.”

“For me, the roses represent God’s grace among the thorns which are the trials in life.”

He reached out to pluck a rose from the bush and winced when its thorn pricked him in the palm.  As he reached into his robe for his handkerchief, she took his hand in hers and gently turned it over to examine the wound.  The touch of her fingers stirred feelings in him and mortified, he pulled his hand away.  She looked startled and when she would have reached for his hand again, he stepped back, putting some distance between them.  He pressed his handkerchief into his palm.  It wasn’t bleeding much.  The wound was the size of a needle prick.  “I must be going,” he said tightly.

“But you only got here ten minutes ago,” she protested.

“Will I see you again tomorrow?”

“No, Justine.  We can’t see each other anymore.”

Her eyes widened.  “I love you too,” she confessed.  “I’ve wanted to tell you that for such a long time.”

He dragged his fingers through his hair in agitation.  “There’s no future for us.  I’m a Catholic priest and I adhere to the church’s teachings.  I made a vow of celibacy that celibacy so I could identify with Christ who was celibate.   In an act of sacrificial love I vowed to give myself completely to the service of God and His church.”

“But where in the Bible does it say that priests aren’t allowed to fall in love and get married?” she asked, looking confused.  “Aaron and Caiaphas were high priests and they were married.”

“A Catholic priest follows the example of Christ who is our High Priest and He wasn’t married.  His gave His life completely to serving His Father and shepherding His church.  It was Christ who said in Matthew 22:30, ‘In the resurrection, they neither marry nor are given in marriage, but are like angels in heaven.’”

“But how do you explain what Paul said about some people forbidding others from marrying, teaching human doctrines and putting traditions above God’s Commandments?”

“Paul made it clear that being single allows a person to give his undivided attention in serving our Lord.  He recommended celibacy because he himself was celibate.”

“But wasn’t it Paul who said ‘let them marry for it is better to marry than to burn with passion’?”

“He was talking about those who can’t exercise self-control.”

“Tell me, Father Montgomery, how do I stop myself from burning with passion?”

“Marry Robert.”  Robert was a member of the church she used to attend before her grandmother became an invalid.  On a few occasions he had stopped by the house to see how she and her grandmother were doing.  “He cares for you.”

“Is that what you want?” she demanded.

His face went pale.  “It’s not a matter of what I want but what must be.”

“So, this is goodbye.  I’m never going to see you again.”  Her voice trembled and he could see the beginning of tears in her eyes.   “This is so wrong.  You and I should be together.”

“What would be wrong is for me to turn my back on my faith, my church and God because I love you,” he muttered between clenched teeth.  He reached out and his hand trembled as he touched her face.  She caught his hand and pressed her lips into the palm where the thorn had pricked him.  Groaning, he wrenched his hand away and bolted from her.  That was the last time he saw her.  He stopped visiting her and sent the Vicar in his place.

Now he was faced with a dilemma.  His love for Justine was affecting his life and his work.    He had to do something about it, but what?  He went into the chapel and spent the next few hours in prayer, pouring his heart out as he sought God’s guidance.

Where is he?  Justine wondered as she sat there in the pew, hoping to catch a glimpse of him.  He wouldn’t be pleased to see her, she knew that, but she had to come, if only to see him once more and to tell him that she had employed a live-in caregiver for her grandmother and that she had left her job for a better one.

As soon as the service was over, she went up to the Vicar.  “Excuse me, Vicar” she said.  “Where’s Father Montgomery?”

“He is no longer with the church.”

Her heart sank.  “Did he transfer to another parish?”

The vicar shook his head.  “No, he left the priesthood.”

She stared at him, in shock.  “He left the church?”

“Yes.  Everyone was shocked except me.  He had started to question the teachings of the church and his heart was no longer in what he was doing.  I suspect this had to do with a woman although he never said anything.  He was unhappy and I told him that whatever he decided to do, make sure it’s a decision he can live with.  After much prayer and fasting, he decided that the best thing for him to do is to leave the priesthood and the Church.  I wished him well.  Perhaps God will lead him in another direction where he can serve Him as faithfully as he has served him all these years.” 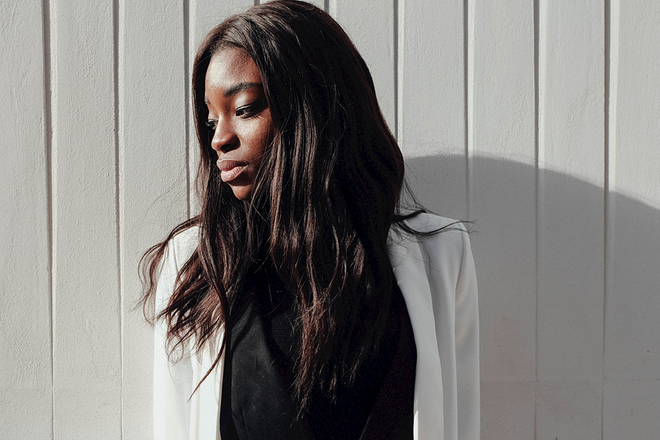 Justine thanked him for his time and left.  She walked out of the church in a daze.  Father Montgomery had left the Church.  Where was he?  “Oh, Lord, You know where he is.  Please lead me to him.” As she got into her car, she got a strong impression to go to the park opposite where she lived.   After she parked her car in the garage, she crossed the quiet street and went into the park.  About ten minutes later, she spotted him sitting on the bench facing the duck pond.  Heart thudding she approached him.  “Hello,” she called.

He glanced up.  “Hello,” he replied, quietly, rising to his feet.  His expression was serious as he met her gaze.  “I was coming to see you.  Your grandmother’s nurse told me where you lived.  When I got here, I decided to come to the park first.”

“I heard that you left the Church.  What should I call you now?”

“John.  You can call me John.  How have you been, Justine?  I think about you every waking moment.”

“I’ve been miserable,” she told him.  “I missed you so much.  I went to the parish today just to see you but you weren’t there and the Vicar explained what happened.  Why did you leave, John?”

“I left because I had too many questions about the church’s teachings which contradicted what was in the Bible and—because of you.  I couldn’t hide from my feelings.  It’s funny.  I believed that the robe I wore would protect me from feelings I believed that I shouldn’t be having.  I realized that underneath the robe was a man—a man who desperately loved a woman who was right when she said that it was wrong for us not to be together.  Will you forgive me for running away from a love that no sacred vows could quench?”

She nodded, reaching for his hands.  “There’s nothing to forgive.  I know that it must have been hard for you to leave an institution you have known and served for most of your life but I truly believe that God has a great plan for your life.”

He pulled her closer and bent his head so that his forehead was resting against hers.  “Yes, I believe that He does and you are a big part of that plan.”

She closed her eyes as they stood there in the sunshine, silently thanking God for granting her the desires of her heart.