“Am I making you nervous?” Nadine asked Colm as she leaned over in her olive green strapless taffeta dress to watch him play pool.  He seemed a little distracted and edgy.  Not the usual calm demeanor she was so familiar with.  He had taken off his tuxedo jacket and tie.  It was after a rather extravagant New Year’s Eve dinner that while everyone was in the drawing-room having after dinner drinks, he had slipped in here to unwind.  She followed him.

He straightened up and looked at her.  There was a tense expression on his face.  If she only knew how much he wanted to walk over there and take her in his arms.  She looked so beautiful in that dress and with her hair swept over one shoulder.  The moment she walked into the room, his heart started to pound and he was nervous as hell.  She had such an effect on him.  It had been that way since the first time they met last year in the summer when he went to his brother, Parker’s graduation.  Nadine and he attended the same university and graduated on the same day.  She had captivated him then and more so now.

“Why are you in here?” he asked tautly.  “Why aren’t you with Parker?”  He tried to ignore the pang of jealousy that stirred within him as he mentioned his brother’s name.

“I want to be here,” she told him simply.  I want to be with you.  She wanted to be close to him.  “Could you teach me how to play pool?  I’ve always wanted to learn.”

He stared at her.  “You’re not serious.”

“I’m very serious,” she assured him as she straightened up and walked over to where he was watching her warily.  “Show me how to play pool so that the next time I come here, we can play a friendly game against each other.”

A muscle was pulsating along his jawline and his pulse was racing.  She was very close to him now and he swallowed hard when she gazed up at him before she turned toward the table.  He showed her how to stand and how to hold the cue stick.  His body was touching hers and she could smell his aftershave and cologne.  She closed her eyes as she felt his hand on hers as they both held the cue stick.  There was a white ball directly in front of her but she couldn’t concentrate.  All she could think about was how much she wanted to kiss him.

Unable to help herself, she turned and her eyes met his.  They were dark and stormy and he was breathing heavily.  Her gaze lowered to his lips and she saw them part.  She reached up and pulled his head down to hers.  His arms went round her waist, pulling her tightly against him while he responded wildly to her kisses.

They kissed for a long time as the feelings they had suppressed rose to the surface, refusing to be quelled any longer.  Then, he drew back to gaze down into her face, his own flushed.  “What about Parker and you?” he panted.

“There’s nothing between Parker and me,” she gasped.  “We’re just friends.”

“All this time I thought that you and he…”

She shook her head, her eyes wide as they met his.  “It’s never been him or anyone else,” she told him huskily.  “It’s always been you since the first time we met.”

“I fell in love with you the moment I saw you,” he confessed,  “but when I thought that you were Parker’s girlfriend, I tried to fight my feelings but as you can see, it was a losing battle.”

She smiled and brushed his hair back from his forehead.  “It looks like we’re going to have ourselves a very happy New Year,” she murmured before she pulled his head down to hers.

As they kissed, the clock struck twelve and the voices in the drawing-room began to sing, Auld Lang Syne. 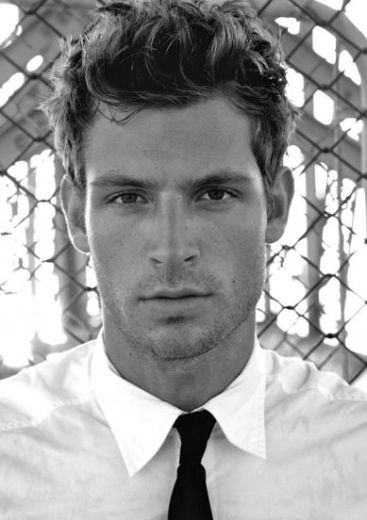