She knew what some of the girls were saying about her.   She was not the same person they knew and used to hang out with during her first two years at the university.   Then, she morphed into somebody totally different and they didn’t like it.  She had stopped wearing makeup and nail varnish and flashy clothes.They called her “Miss goody-two shoes” because she stopped socializing with them and kept to herself.  She led what some might consider to be a saintly life, spending her time studying her books, reading her Bible and going for walks.  Her favorite place to walk was along the Cheddar Gorge with its weathered crags and pinnacles, plants and wildlife.  It was spectacular and peaceful, a reminder of God’s splendor.

Since she started going back to church, her lifestyle changed.  She didn’t hang out in the shopping mall or go to the movies or to nightclubs or bars or go out on a school night.  She spent her weekends quietly.  An avid reader, she would curl up on the sofa and read a novel.  At other times she would spend some time on the computer, reading articles or blogging about things of interest.  She had quite a following and she kept in touch with family and old friends through Facebook.  Life for her was not boring.  It was fulfilling.

She still lived with her parents.  It made sense since she was going to university but as soon as she found a job after graduating, she was going to move out.  Right now, she was in her room on her laptop while the others, except her mother, were in the basement watching TV.  She heard the doorbell ring but didn’t pay much attention, until she heard her mother say, “Good evening, Caleb, how are you?”

She couldn’t hear his response but heard her mother urge him to come in from the cold and to warm himself in front of the fire in the living-room.  Caleb was there.  He was her Avery’s friend but lately, she noticed that he was visiting even when her brother wasn’t at home.  She closed her laptop and got up from the desk.

Stepping in front of the mirror, she checked to make sure she looked fine.  She couldn’t deny that she liked Caleb.  He was a really nice guy–very warm, friendly and smart.  He was five years older than her.  As far as she knew, he didn’t have a girlfriend although Avery and he had gone on double dates a couple of times.  Caleb was reserved, the opposite of Avery who was very outgoing but they got along very well.

As she was fixing her hair which seemed to have a mind of its own sometimes, the door to her room opened and her mother poked her head in.  “Caleb is downstairs,” she said.  “He’s here to see you.”

“Well, Avery’s not here and he’s asked for you.”

“Stop repeating everything I say and just go downstairs.  I’ll be down in the basement, taking care of the laundry and ironing.  If he’s hungry, he can have some of the Stew.”  She withdrew her head and closed the door.

She fixed her hair as best as she could and then quickly left the room, her heart racing.  She took her time and went down the stairs.  Caleb was sitting on the sofa with his back to the door but when he heard her, he got up and turned around.  He was wearing a tan colored sweater and grey pants.  He stood there with one hand in his pocket, looking a bit awkward as he watched her approach him.  He was really quite good-looking and adorable at the same time.  She smiled at him.  “Hello, Caleb.”

“Hello Donna,” he said quietly.  He seemed a bit nervous.  Removing his hand from his pocket, he ran his fingers through his thick dark hair.  He waited until she was seated on the sofa before he settled his tall frame next to her.  “I hope you don’t mind stopping by like this to see you,” he said, sounding apologetic.  “Your mother assured me that you wouldn’t mind.”

He looked pleased and relieved.  “My church is having a Christmas concert on Saturday and I was wondering if you would like to go with me.  And afterwards, we can go somewhere and have a bite to eat.”

He shook his head.  “I was going to grab something on my way home.”

“No way,” she said.  “Mom made some of her delicious Stew.  You and I are going to have some now.”  She ushered him into the kitchen and while he sat at the table, she shared out two generous portions of the mouthwatering Beef Stew and after setting his plate in front of him, she sat opposite him.  She said Grace and then they tucked in.  As they ate, they talked about all sorts of things and then she asked him about his faith.  “Have you always been in church?  Was there ever a time when you left and then returned?”

He shook his head.  “I have been going to church since I was a child and always loved it.  I was in the choir, in the youth ministry and went on a couple of mission trips.  I’ve had friends, however, who have left the church and many of them haven’t returned.”

“I left the church because I found people to be judgmental and hypocritical.  I didn’t feel connected to anyone.  Besides, my non-Christian friends seemed more caring and accepting–at least that’s what I thought.  They showed their true colors when I decided to return to church.”

“What made you decide to return to church?”

“One of my cousins started inviting me to different events rather than to church services.  One weekend, we went to a Singles’ Ministry retreat and I felt so connected to the people there.  The theme was Facing Your Giants.  It forced me to reevaluate my life and my decisions.  During the anointing ceremony, my cousin prayed for me and I cried like a baby.  Then, I felt a change come over me.  I could feel a peace that I had never felt before and I knew right then and there that God still loved me.  He loved me unconditionally and wanted to have relationship with me.  Even though I had walked away from Him, He never left me.  He was always there, waiting for me to come back to Him.  That was a powerful realization for me and I know now that we can’t sink so low that God can’t reach us.”

“What a powerful testimony you just shared,” he said.  “I’m hoping that one day, if you’re up for it, that you would share with others.

“It’s funny you should mention that.  My cousin has asked me to share my testimony just before the worship service this Saturday.  I’ve been going to her church for a while now and I’m used to the people so I don’t feel nervous about standing up there and giving my testimony.”

“Do you mind if I come to your cousin’s church on Saturday to hear your testimony.”

“I was hoping that you would,” she said.  “I wanted to ask but thought you might not want to miss going to your church.”

“Well, I was going to get a ride with my family but if I can go with you instead…”  In fact, she would like nothing better.

After they finished eating, she cleared the table and while she washed up, he dried the plates and he told her about the mission trips he had been on.  There were a couple coming up in the New Year and he encouraged her to consider going on one of them.  “You and I can go together,” he said, his eyes brightening at the thought.  “I hope that by then you and I will be inseparable.”

She looked up at him.  “I hope so too,” she said.  And at that very moment, she had an uncanny feeling that she staring up into the face of the man she was going to marry.  In her mind, she heard God say to her, My plans for your life are always for your good.

On Saturday, she stood there in front of the congregation, sharing her testimony, her eyes on Caleb who was sitting next to her sister.  Afterwards, parents and young people flocked to her, telling her how encouraging her words were.   “You were terrific,” Caleb said to her when they were alone.  They were sitting in his car.

She smiled up at him.  “Thank you,” she said.  “It meant a lot to me that you were there.  I was nervous but when I looked at you, the butterflies in my stomach went away.”

“I wanted to be there for you,” he said quietly, his eyes serious as they met hers.  “Donna, I know you’re not dating anyone and I was wondering, actually, I was hoping that you would date me.  I really, really like you and I hope you feel the same way.”

He smiled.  “I was so nervous just now but when I heard the words, have faith, I found the courage to ask you something I’ve wanted to ask you for a long time.”

She didn’t say anything as he started the engine and they pulled out of the parking lot but in her heart, she was thanking God.  Two years later, as she stood, watching the sun set in the crimson sky of Lima, Peru, she thanked God for fulfilling His plans for her life.  After she graduated from university, Caleb and she got married.  And here they were on their first mission trip together.  Yes, God had been very good to her.  Her life changed the day when she surrendered to Him at that anointing ceremony.  Just then she felt Caleb come up behind her and she smiled as he wrapped his arms around her shoulders.  Yes, God had been very good to them. 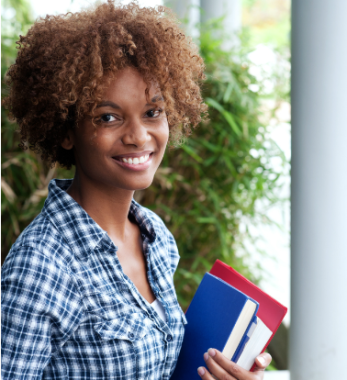 One thought on “A Surrendered Life”