It was a Friday evening and she was in the kitchen trying to recreate a dish she had a couple of times at a Tapas bar.  It smelled great.   Hopefully, it would taste great too.   It was a low calorie recipe because she was watching her weight.  This morning when she stepped on the scale, she had gained a couple of pounds.  Must have been those sweet treats her co-worker Jill had been tempting her with.  She must really cut them out.  Jill was slim and trim and didn’t have to worry about the unwanted pounds.

There were no sweets or salty snacks in her flat.  She munched on sesame seeds and almonds.  Occasionally, she finished a bag of unsalted Kale chips in one sitting.  No alcohol or ice-cream.  She had long given up those guilty pleasures.  Instead, she drank lots of water and used almond milk in her cereal instead of dairy.

A few months ago she started going to the gym and that is where she saw him.  She noticed him every time he walked in and used the equipment set up in the areas where she could get a clear view of him without being obvious.  He was a fine looking man, tall, athletic build and fit.  She watched him work the machines in awe and noticed that she wasn’t the only one who was enjoying the show.  Other women made sure that he knew that they were around and liked what they saw.  Several of them conveniently found themselves on the treadmill next to him or doing leg curls when he was lifting weights.  For the most part, he spoke to them and he seemed friendly but she could tell that he was not really there to socialize.

The woman were slim and beautiful.  More up his alley, she thought.  He would never notice me.  She felt so self conscious in her tee shirts and sweatpants.  She dared not wear shorts in public or tank tops with leggings.  She didn’t have the body to carry off those things.  And she would rather go unnoticed than to attract attention for the wrong reasons.  So, in a gym with statuesque, curvy and athletic women, she didn’t stand a chance with the Adonis.

She smiled as she remembered that evening at the gym when he went over to where she was on the chest press machine and stood a few feet away lifting free weights. Of course, her heart was pounding like crazy and she tried to appear calm as she started to do her exercises.   Furtively, she raised her eyes to look at him and at one point he turned his head.  They eyes met and her heart stopped when he smiled at her. Nervously, she smiled back.

The next thing she knew he stopped his routine and went over to her.  He put the weights down on the floor and held out his hand.  “Hi, I’m Rafe.”  What an incredible smile he had.  Up close he was even more handsome.  And those eyes…

She took his outstretched hand and felt his fingers clasp hers in a firm grip.  “Gail,” she managed to say.

“I have noticed a couple of weeks ago that you have been very disciplined in your training.  I was wondering if I can help you in any way.”

It took a few moments for her to response because the fact that he had noticed her for sometime floored her.  “This is my first time working this machine,” she admitted, feeling a little embarrassed.  “I’m not sure I am using it correctly.”

He inspected the apparatus.  “Yes, it’s important that the machine is adjusted to your dimensions so you can have an optimal workout.”  He adjusted it for her and stood there while she did the exercises, encouraging her.  When she was done, he suggested that they take a break.  They talked and she was aware of the stares that they were attracting from the other women.  Eat your hearts out, ladies, she thought in glee.

After the break, she decided she would try the shoulder press machine while he went on the chest press machine.  Then, it was time for her to leave.  She thanked him for helping her before they parted company.  Since he didn’t go to the gym on Fridays, she had to wait until Monday to see him again.

That was several weeks ago.  Since then, every time she went to the gym, he joined her and they worked out together.  Sometimes after leaving the gym, they went for a bite to eat.  This week, she hadn’t seen him at all and couldn’t help wondering why. She missed him terribly but hoped that he was all right.

The coconut and squash dhansak was done and she was just turning off the stove when the doorbell rang.  She glanced at the clock.  It was seven-thirty.  The dinner smelled so good, her mouth watered and she wasn’t thrilled that someone was at her door when she wanted to just sit down in front of the television and eat.   She removed her apron and hurried to the door.  She peeked through the keyhole and when she saw Rafe standing there, she immediately opened the door.

She was so happy to see him.  He looked absolutely gorgeous in his denim jacket, white tee shirt and jeans.  She smiled broadly.  “It’s so good to see you,” she exclaimed.  “Come on in. ”  He stepped in and she closed the door.

As he removed his jacket, he commented, “Something smells really good.”

“It’s dinner,” she told him.  “I just finished making it.  Have you eaten?

He shook his head.  “I’m sorry to be dropping by unexpectedly like this but I had to see you.”

“Where have you been?” she asked.  “You haven’t been to the gym at all this week.  I called and asked.”

“I had to go out of town on business.  I got back late this afternoon.  I came straight here from the airport.  Did you miss me?”

“I did,” she admitted, her heart skipping a beat when she saw the expression on his face.

“I missed you too.  Let me show you how much.”  He reached out and pulled her into his arms.  His lips closed passionately over hers and she hugged him, kissing him back.   They stood there for several minutes as they exchanged hungry kisses.

Then she drew back, breathing heavily.  “You must be hungry,” she gasped.

“I am,” he muttered and then, he added with a sheepish grin, “You mean for food.  Yes, I am hungry.”

“Make yourself comfortable on the sofa while I go and get dinner ready.”  While he went into the living-room, she hurried into the kitchen.  As she shared out the dinner, she thought of how she had struggled with her body image but just now Rafe had made her feel beautiful and desirable and for that she would always be grateful to him. 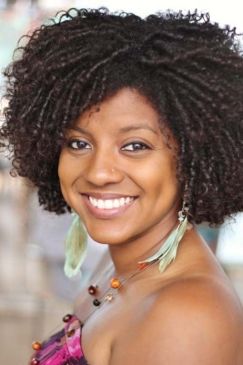 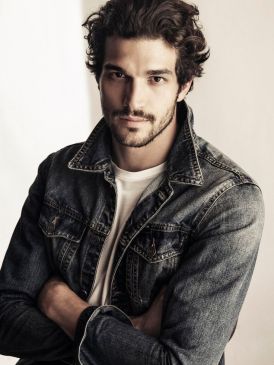