The rain beat relentlessly against the window and Kim lay there in the bed, just listening to it and thinking about him.  She just couldn’t get over his peculiar behavior the last time they saw each other.  In all of their many interactions with each other, she had never seen him act the way he did that evening when they were at a dinner/engagement party thrown by their mutual friend, Hannah and her fiance, Bob. It was a very pleasant evening.

Kim was sitting adjacent to Dale and next to Trevor.  Trevor was a nice guy and she chatted a lot with him.  There was no romantic interest on her part, though.  Dale was the object of her affections and had been for a very long time.  It was Hannah who introduced them but all ideas of getting close to him went out of the window when she learned that he was already in a relationship.  She chided herself for even thinking that he were unattached and that even if he weren’t that he would be interested in her.

Whenever they saw each other, Kim was very friendly, social with him but at the back of her mind, she was reminded of the fact that there was no chance for her with him.  She had seen his girlfriend once before the dinner and she was stunning.  She felt frumpy in comparison. Oddly, enough when Dale introduced them, the other woman eyed her with misgiving. Did she sense that she was in love with Dale?  The thought had filled her with trepidation. She had to be careful in the future.  No one, least of all, Dale, could suspect anything.

That evening at the dinner, Dale and his girlfriend were sitting next to each other.  He looked amazing in a striped navy blue suit and a light blue shirt.  He wasn’t wearing a tie and the top two buttons were undone.  Kim quickly looked away when he caught her gaze.  His girlfriend was wearing a rose colored dress with a peek-a-boo neckline and her auburn hair fell in thick waves about her tanned shoulders.

For her part, she was wearing a simple black dress with a flare skirt and her hair framed her face which was devoid of any make-up, except lip gloss.  Although Hannah assured her that she looked great, she felt self-conscious and wished she were at home instead, reading a novel or watching TV.  Still, she tried to make the best of it.  Hannah introduced her to the other guests and she was happy to meet Trevor who made her feel relaxed.

Several times, she caught Dale watching them as they stood beside the doors leading out to the terrace, talking as they had their pre-dinner drinks and at one point when he walked past them, she saw him glance at Trevor.  The look could only be described as disagreeable and that puzzled her to no end.  For the rest of the evening, she wondered why Dale would be hostile toward a man he didn’t know.  At the dinner table, she saw him occasionally look over to where she and Trevor were and then look away when his girlfriend said something to him.

After dinner, she decided to go out on the terrace for a breath of fresh air.  No one was there so she relaxed and allowed her gaze to sweep over the city of London as it was bathed in the setting sun.  It was a beautiful summer evening.  Inside voices, laughter, the tingle of glasses mingled with smooth jazz.  She leaned against the rail, inhaling deeply.

“Out here by yourself?” a voice said dryly behind her and she swung round to face Dale. Her heart pounded wildly against her ribs as she tried to understand why he was out there with her instead of in there with his girlfriend.  “I thought he would never let you out of his sight” he continued as he moved closer, his hands shoved in his pockets, his eyes riveted on her face.

She leaned against the rail for support.  “Trevor’s a nice guy and–”

“I’m sure he is,” he muttered under his breath.  “Is that why you spent most of the evening with him?” he demanded, his expression darkening.

She was about to explain that Trevor had helped her to relax and enjoy the evening when Dale’s girlfriend joined them.  Her eyes flashed at Kim as she clutched his sleeve. “I was wondering where you had disappeared to.  They are serving the dessert now, let’s go in and have some.”

Dale’s gaze lingered on Kim for a while longer as though he were reluctant to leave but he excused himself and walked away.  She stayed out on the terrace for a few minutes more, collecting her thoughts and then she went back inside.  Shortly after that, she took a taxi home.

Stirring from her reverie, Kim climbed out of the bed and went into the kitchen to fix herself a cup of tea.  It was no use trying to sleep.  It evaded her.  Perhaps she would watch a late movie or catch up on her reading.  She was just slipping her feet into her slippers when she thought she heard the doorbell ring.  Frowning, she went into the living-room, wondering who would be showing up at her door at this time and in this weather.  There it was again.  She peered through the keyhole and her eyes widened in shock.  Immediately, her heart began to do somersaults.  It was Dale.  What on earth was he doing here?

She hastily smoothed her hair and then, taking a deep breath, she opened the door. He stood there, completely drenched.  “I had to see you,” he said.

She stepped aside and let him in.  “You’re soaking wet,” she told him.   “You will need to get out of those wet clothes.”  The idea of him doing that got her pulse racing.  She rushed over to the linen closet and grabbed a towel which she handed to him.  She found the robe she had bought for her father which she had planned to return because it was too large.  She quickly removed the tags and laid it on the bed.  She rushed into the living-room.  “My bedroom is through that door,” she said, pointing. “You can undress in there. There’s a robe on the bed for you.  When you’re done, give me your clothes and I will put them in the dryer.”

He nodded and went to her room, closing the door behind him.  When he emerged a few minutes later, he was dressed in the robe which was a perfect fit and handed her his wet clothes.  She put them in the dryer.  “Make yourself comfortable,” she said. “While I fix us both some tea.”

“Thank you,” he said quietly, his eyes meeting hers in a steady gaze.  He went over to the sofa and sat down, using the towel she had given him to dry his hair.

She busied herself in the kitchen, getting the tea ready and then she carried the tray over to the table in front of the sofa and set it down.  She poured a cup for him and then one for herself.  She turned to look at him, still shocked that he was there in her flat.  “Would you like me to fix you something to eat?” she asked.

He shook his head.  “No thanks, I’m not hungry.  I know that it’s late and not the kind of weather anyone should venture out in but I needed to see you.”  He leaned over and set the cup of tea down.  He turned to look at her, his gaze traveled over her and it was then she realized that she was not wearing a shirt over the white vest.

She set the cup of tea on the table at once.  “I’d better go and put on a shirt or something,” she mumbled and was about to rise from the sofa when his hand on her arm prevented her.

“Please don’t go,” he said. “I came over here for a reason.  I wanted to apologize for the way I behaved the last time we saw each other.  I acted like a jerk and I’m sorry. I was jealous.”

She stared at him, unable to believe what she just heard.  “You were jealous?”

“Yes,” he admitted quietly.  “I saw you with that Trevor guy and was jealous.  You spent all evening with him.  I wanted to talk to you but he was always hanging around.  Then, when I saw you go out on the terrace alone, I followed you.”

“But you didn’t talk to me about anything except to make that remark about Trevor.”

“Yes, and when you told me what a nice guy he was, I reacted.”

“I was going to tell you that he helped me to relax and enjoy the evening when your girlfriend interrupted.”

“She’s no longer my girlfriend,” he informed her.  “I broke up with her that very night because of you.”

“Yes.  I couldn’t continue seeing her when I wanted to be with you.  I should have ended our relationship the day you and I met because ever since then, I couldn’t get you out of my mind.  When I was with her, I thought about you and wondered when I would see you again.  At the dinner, she was sitting right next to me but I hardly noticed her.  I couldn’t keep my eyes off you.  Kim,” he reached for her hands, his eyes darkening on her face.  “I’m in love with you.”

Tears sprang to her eyes at that moment.   “I’m in love with you too,” she whispered. “I have been ever since we met but I didn’t think I stood a chance.”

“I knew I was in trouble the first time I saw you,” he murmured before he pulled her onto his lap and his lips found hers.  She wrapped her arms around his neck, responding wildly to his passionate kisses as the rain continued to fall. 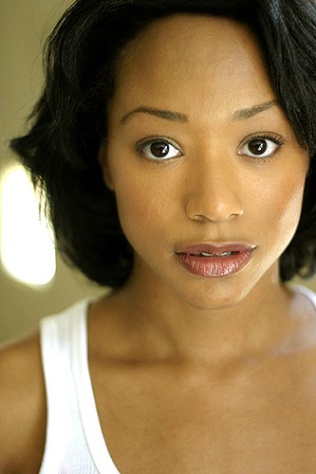