It was summer and Diane was spending it in Surrey with Maggie, her friend from university.  Maggie’s parents had gone to Florida for their vacation but her brother, Rupert remained at the mansion.  The first time Diane and he met, it was quite by accident.

It was on the morning after she arrived from London.  She was trying to find the drawing-room but found herself in the library.  Forgetting her dilemma at the moment, she walked over to the shelves of books, her eyes traveling over the thick volumes, textbooks, Encyclopedias and literature. Her eyes spotted a collection of writings by Jane Austen. She was about to pull it out when she became aware that someone else was in the room. She turned.

It was Rupert. “I don’t believe I know you,” he said, quickly closing the distance between them.  He stopped a short distance from her, his green eyes searching her face, his expression quizzical.

For a moment she was distracted by his looks. Tall, slender, thick dark hair with a few strands falling across his forehead. He was incredibly handsome. He was dressed casually in a white shirt and grey slacks. “I’m Diane, Maggie’s friend from university.” She held out her hand and it was clasped in a firm grip. “It’s good to meet you, Rupert. Maggie has told me so much about you.”

He released her hand but his eyes stayed on her face. “She did mention that she was bringing a friend to spend the summer holidays here.”

She glanced around the room. “You have a very fine library here,” she commented. “I was on my way to the drawing-room but ended up here instead. I’m glad I did. I was looking at the books when you came in. I saw several that I would like to read. I hope you don’t mind me being here.”

He turned away then. “You are free to come in here whenever you like,” he said. “This is the time when I usually come to catch up on my reading.  To get to the drawing-room, just turn right and it’s at the end of the hallway.”

He went over to one of the book shelves and took down a large book and walking over to the armchair, he sat down. He opened the book, signaling that their conversation was over. She turned and walked out of the room, thinking to herself that he and Maggie were as different as night and day.  That was several weeks ago. Since then, they hadn’t interacted much and when they did it seemed stilted.

On Saturday evening she and Maggie were standing in the circular driveway, waiting for a taxi when the front door opened and Rupert stepped out.  He paused when he saw them.   “Diane and I are going to the theater with Andrew and William,” Maggie informed him.  “We are going for dinner afterwards.”

Rupert stiffened, his gaze shifted to Diane.  “I hope you enjoy your date,” he said coldly.  “I too have an engagement.  Good evening.”  He strode off, his back straight as a rod.  A couple of minutes later, his Rolls-Royce drove past them.

Diane watched the car until it was out of sight, her heart heavy.  She wondered whom he had an engagement with.  Was it Ava?  Ava was the beautiful blonde she had seen at the mansion with Rupert a few times.  Maggie had assured her that they were just friends.  Still, the thought of him going out with Ava now filled her with pain and jealousy.

Of course, she didn’t enjoy the theater or dinner. All she could think about was Rupert and how he looked when Maggie told him about their double date.  On the ride home, Diane hardly said a word.  A couple of times, Maggie asked her what was wrong but she told her that she was tired.  She left Maggie in the drawing-room and headed for her room.  She was at the foot of the stairs when she heard the key turn in the lock.  It was Rupert.  She waited and her heart somersaulted when she saw him.  He opened the door and stepped into the foyer.  He didn’t noticed her until he closed the door and turned.

He stiffened.  She saw his eyes travel over her this time as she stood there in her simple, strapless dress in the becoming shade of cherry.  It accentuated her color and shape.  Her hair was pulled back at the nape with a clasp and several loose strands framed her face.  “Did you enjoy your date?” he asked, his expression darkening.  “Which one was he?”

“Did you enjoy William’s company?  Are you going to see him again?”

“It’s of no concern to me.  Good night.”  And he walked past her.  She turned and ran up the stairs, anxious to get to her room before she dissolved into tears.

This morning, she got up after tossing and turning.  It looked beautiful outside.  After a quick shower and light breakfast, she went outside for a walk.  She headed to her favorite spot, away from the mansion, where it was quiet.  She needed to clear her head.

She came to an abrupt stop when she saw Rupert standing a few feet away from her, staring off into the distance.  The sunlight glinted on his dark hair and the light blue shirt complimented his olive skin.  He looked so regal, so autocratic and so…She started when she realized that he was looking at her.  She had no choice but to continue heading in that direction.  She felt as if she were intruding.

“Good morning, Rupert.”  She attempted a smile but it wavered then disappeared altogether when he remained aloof.

His eyes flickered over her.  “Good morning,” he replied in a clipped voice, turning his head away.

“It’s a beautiful morning,” she commented.  He was wearing a pair of dark blue jeans, something she had never thought she would see.  They looked great on him.

He noticed her looking at him and his eyes darkened.  There was a moment of silence for several minutes as their eyes were locked in a gaze.  “Are you going to see him again?” he asked suddenly, startling her.

“Your date from last night.  Are you going to see him again?”

“No,” she mumbled, confused by his question and the anger she heard in his voice.  “I don’t plan to.”

“Why not?” he asked.  “Maggie’s seeing his friend this evening.  I thought that you and he would be joining them.”

“William’s a nice man but I’m not interested in him.  I’m happy for Maggie, though.  She’s really into Andrew.”

“Why did you go out with William if you weren’t interested in him?”

“It was Maggie’s idea.  She wanted to make it a double date.”

“Last night I asked you if you enjoyed his company and if you planned to see him again.  You were about to answer but I didn’t give you a chance to do so.  I was afraid that you were going to tell me that it was none of my business so I saved you the trouble. What were you going to say?”

“I was going to tell you that I didn’t enjoy myself at all.”

Her courage was beginning to fade but she couldn’t allow that to stop her.  She had to level with him. It was now or never. “I didn’t because I was thinking about you.”

He looked surprised.  “You were thinking about me?”

“Yes and feeling miserable because I know you don’t like me.”

“Yes, because you are always so cold towards me.  Even just now, you didn’t seem at all pleased to see me and I felt as though I were intruding.”

He released his breath in an unsteady sigh.  “Oh, Diane,” he cried, his eyes darkening on her face as he raked his fingers through his hair.  “You have no idea of how I really feel about you, do you? Let me give you an idea.  The first time we met, I was blown away.  I couldn’t get over how stunning you were.  I was so besotted with you, it scared me.  So, I reacted by dismissing you on the pretext that I wanted to read.

“After you left, I closed the book and sat there for a long time, just thinking about you.  In spite of myself, my feelings for you grew and that evening when Maggie told me about your date, I was livid.  I acted as if I didn’t care but I was mad with jealousy.  I couldn’t bear the thought of you with someone else.  I mentioned that I had an engagement too.  That wasn’t true.  I didn’t have any plans but pride made me say that I did.  I ended up going to the movies which was a waste of time and money.  I was just sitting there in the dark theater, thinking about you with him.”

“I thought you were with Ava,” she confessed.  “And that’s why I was miserable all evening.”

“Ava is just a friend.  She was there for me when I went through a really tough time after I broke up with my ex.  I will tell you about it some other time but it’s what made me indisposed to having another relationship.   And when I met you and you aroused feelings in me that I thought had died, I got scared.  I didn’t want to fall in love again—not after I got burned the last time I did.  So, I tried to fight my feelings for you but it was no use.  For the second time in my life, I have fallen in love and this time, I have fallen hard.  I think that’s what scared me.  My feelings for my ex pale in comparison to my feelings for you.”

“I’m so sorry that you got hurt,” she said.  “but, I promise you that you don’t have worry about me.  I will never hurt you.  I love you so much, Rupert.”  She reached up and touched his face, her heart in her eyes as they met his.

“Oh, Diane,” he groaned, pulling her into his arms.  His head swooped down and he kissed her.  Then, he buried his face in her hair.  “I love you so very much.”  He held her tightly as if he were afraid to let her go.

She whispered, “I’m not going anywhere, my love.” 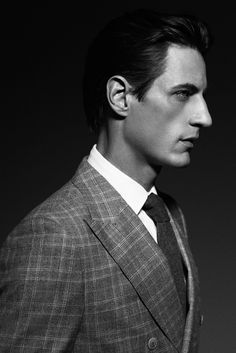 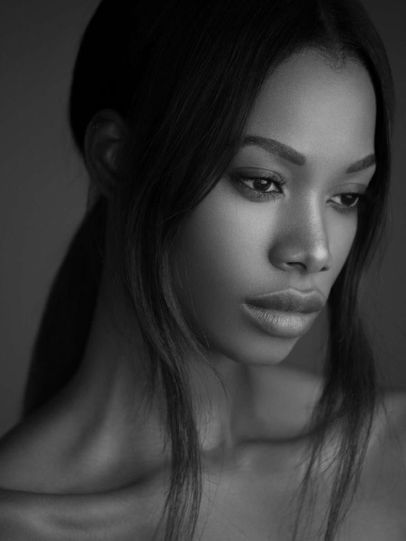