“Miss Johnson, to what do I owe the pleasure of this unexpected visit?” Lucius Suchet asked, his brown eyes studied her as she stood in the doorway.  “I’m astonished that you remember me considering that you didn’t so much as say a word to me last night.”

She ignored his remarks and marched over to the table where she tossed books, papers and pamphlets willy-nilly on the table.  She was about to turn around and leave when he caught her by the arm.  She tried to tug it away, glaring at him but his grip was too firm.  “Unhand me, Sir,” she ordered him.  “Remember that I am a Lady.”

His expression darkened.  “Yes, and I should remember that I am the son of a vicar,” he muttered.  “Yet, it was I who was invited to sit at the table and have dinner with your family when you were not.”

She blinked.  “I know that the color of my skin is the reason for this arrangement but it by no means suggests that I am not held in the highest regard by my family.  They are merely following convention however prejudicial it may be.  Now, please let go of my arm.  Perhaps Miss Foster might allow you to manhandle her but I won’t.” She tugged at her arm again and he released it.

His eyebrows arched.  “Miss Foster.  Why do you mention her?”

“I observed the two of you last night after dinner.  How she hung on your every word and how you showered her with your attention, no doubt filling her head with foolish notions–”

He laughed.  “My dear Miss Johnson, you are jealous.”  He seemed very pleased at the thought.

His remark and the expression on his face infuriated her.  “I am not jealous,” she retorted.  “To be jealous would imply that I have feelings for you, which I do not.”

He moved closer to her and she backed away, her eyes wary now.  “Look me in the eye and tell me that you don’t have feelings for me and I will pursue the matter no further.”

She glanced frantically at the door, longing to make her escape but he advanced toward her like a tiger while she backed away until she felt the wall behind her.  “Mr. Suchet, if you are indeed a gentleman as you would have me believe, you will permit me to leave right now.  The coach is waiting downstairs for me.  I must return home before my family begins to wonder where I am.”

He was standing very close to her now.  His eyes held hers like a trap holding a helpless bird.  “Tell me now that you don’t have any feelings for me,” he insisted.

Her eyes were wild now, with fear and something else which she hadn’t wanted him to see.  Her breath was quick and laborious and her heart was pounding.  She closed her eyes in defeat.  “I can’t” she admitted.

She felt his warm breath against her cheek.  “I have feelings for you too.  Feelings I have had ever since the first time I saw you.  I tried to fight them because was painfully aware of the difference in our stations but they are too strong.”

“What about Miss Foster?” she asked.  Seeing them together had filled her heart with such jealousy and pain that she had wanted to bolt from the room.  Instead, she had turned her attention to the gentleman who paid her some attention.

“There is nothing between Miss Foster and me, I assure you.  What about you and Mr. Wright.  I saw how receptive you were to his attentions.  I was mad with jealousy but propriety kept me in check.”

“It was the wish of my family that I should marry him as he was the only gentleman who would marry a woman of color.  I suspect that his reason for wanting to marry me had more to do with my fortune.”

“Is it your wish to marry him?” he asked anxiously.

She shook her head.  “No.  I turned him down and my family was not at all pleased. They fear that I shall die a spinster as there will be no more prospects of marriage for me.”

“Would you have a problem marrying the son of a vicar?”

“Are you asking me to marry you, Mr. Suchet?”

“Then, my answer is yes.”  Her family would not approve of this match but she could not bring herself to marry for any other reason but for love.  And she loved Lucius Suchet, a man without fortune but a gentleman, nevertheless.

He swept her up into his arms and swung her around.  Then he bent his head and kissed her.  “I love you, Ivy,” he whispered when he drew back to gaze down into her upturned face.

“And I love you, Lucius.  I almost allowed pride and station to rob me of this happiness.”

“I believe that Providence had a hand to play in this,” he said.  “It is what gave me the courage to press you about your feelings for me.”

“I am thankful, then to Providence,” she said with a smile.  “It brought me to my senses.” 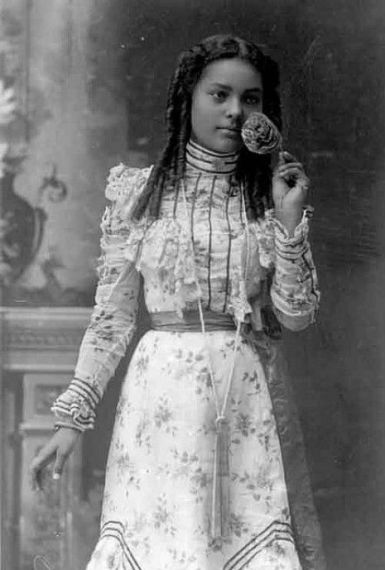