That’s the last time I’m ever, ever going on a blind date, she vowed.  I would rather end up an old maid with a cat than suffer through another disastrous dinner with a dud.

Olivia was livid as she walked out of the restaurant.  She hailed a cab and quickly got in, anxious to put as much distance between her and her date.  All the way home, she fumed, reliving every tortuous moment of the date.  To say that it was a bad date was a gross understatement.

First of all, he was late and when he showed up, he was dressed as if he were if he were still lounging around in his apartment.  No effort to look presentable.  He was immature, kept calling her Olive and was more interested in his tablet than in her company.  The conversation was strained because they had absolutely nothing in common.  The only good thing was the restaurant.  The food was good but she didn’t enjoy it because of him.  She ended up paying for her own meal.  And passed on dessert.

At one point, he got her so mad that she had to excuse herself and go to the washroom where she spent a few minutes, trying to calm down.  It was then that she decided that she had had enough.  She was going home.  He could stay if he wanted. She didn’t care.

When she went back to the table, she announced that she was leaving.  He seemed surprised, though she couldn’t understand why he should be.  He was the worst date she had ever had the misfortune of having.  She wouldn’t wish him on her worst enemy.  She asked for the bill and paid her half and then she bid him goodnight and left.  She didn’t shake hands or anything.  She just left.

No more blind dates.  She had her career to keep her busy for the moment.  Being single was not such a bad thing.  It was better than being stuck in a bad relationship or marriage.  For now, she would put looking for love on hold. 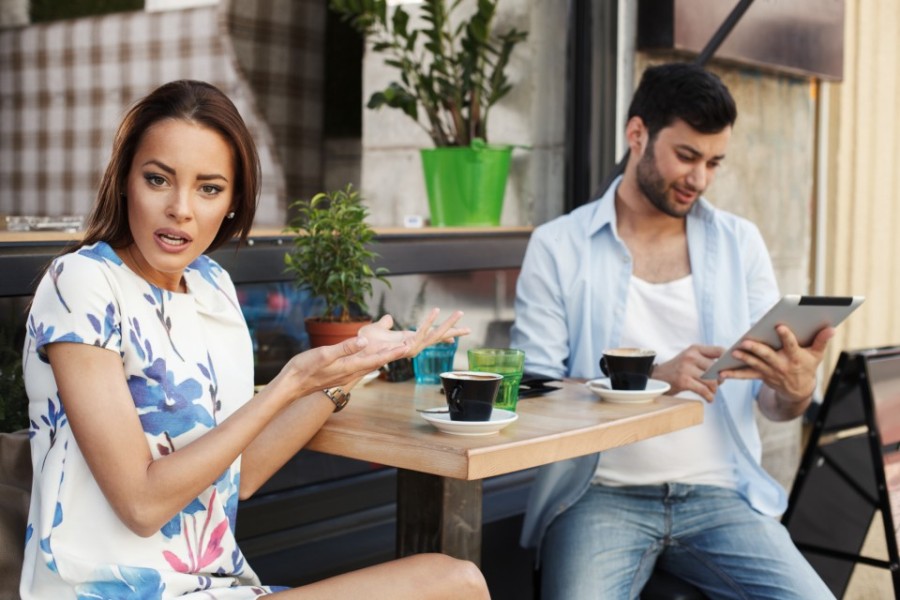