back to her desk, she texted her boyfriend, Rob.  “I just

got promoted to Managing Editor.  They absolutely

loved the profile I did on Rosalind Spencer, the famous Haute

was so excited.   When five o’ clock finally rolled around, she

packed her things in large plastic boxes and labelled them as

well as her phone and monitor for the move.  By the time she

was done it was after six.  She rushed out of the building and

almost sprinted to the subway.  She wanted to get home by seven

because she had to get ready for her dinner date with Rob.

of the stairs.  She headed straight for a seat next to the door

because she wanted to make a quick exit.  As train pulled away

from the platform, she began think about how she had gotten

where she was now.  Writing had been her passion since she was

10 years old.  It was born out of her love for reading.  She was always

During the summer, she went to New York where she did an internship

at Modèn Magazine and loved it.  A year later after her graduation

she got an entry job at the company.   She worked hard, pouring her

heart into her writing and churning out article after article, while

learning the ins and outs of the business.  She hadn’t expected  her

writing to catapult her into this new position so soon.

She was to start her new position on Monday.  Her heart skipped

a beat as excitement and nervousness filled her.  She went over

in her mind what her responsibilities would be.  She was going to

supervise the day to day operations of the magazine and report

to Jennifer, the editor in chief who had given her this position.

“I can do this,” she told herself, quickly squashing the doubts that

surfaced.  She was going to bring to this new job her experience as the

Women’s Ministry leader at her church.  She already had ideas which

she would run by the team she was going to work with.   She whipped

out her notebook and quickly jotted them down while they were

fresh in her mind.   She was so caught up in what she was doing that she

“I’ll do some more brainstorming over the weekend,” she decided as she

hurried down the sidewalk to her building.  “Tonight, I just want to

celebrate with Rob over a delicious Pasta dish.” 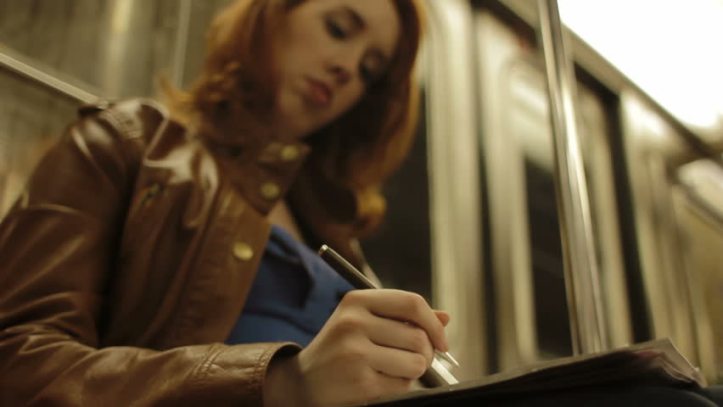