May 1-7 has been Mental Health awareness week.

One in three Americans struggles with mental illness but the rate is much higher in women.  Research shows that women are 40% more likely to develop depression than men.  It is not clear why mental illness is more common among women but doctors have come up with a number of possibilities.

Trauma is common among women with half of them experiencing some form of trauma in their lifetime.  One in four women have faced an attempted or a completed sexual assault.  Reportedly, one in three are abused by a domestic partner.  Gender discrimination, violence and mistreatment undermine a woman’s mental health.  Stress is a predictor of mental illness.  Women juggle housework, kids even while working fulltime.  They report that they have to work harder to get the same credit as men and worry about the gender wage gap.  They have to deal with sexual harassment and discrimination in workplaces where these are commonplace.  These challenges can significantly affect a woman’s ability to cope and her self-esteem.

Women produce lower quantities of serotonin than men due to differences in hormone levels and this deficiency can lead to mental health issues such as depression and anxiety.

41% or women suffer from some form of postpartum depression.  Some of them are overwhelmed by the demands of parenting, especially in the early days.  I remember that there were times when I felt that I was drowning–in over my head.  Once I even cried out while I was holding my toddler.  Thankfully I had God and a very supportive partner.  It helped when he came home and I had an adult to talk to. Not all women are as blessed.  Research shows that women who don’t have supportive partners, experience traumatic births, live in poverty or a highly stressed will most likely develop postpartum depression.

Gender bias is another problem women face.  Some research suggests that doctors tend to label women’s symptoms as emotional while taking the men’s symptoms more seriously.  So, a woman who reports that she is experiencing chronic pain to her doctor might be labeled as depressed.  This happens because we live in a world where gender discrimination exists and women are seen as more emotional and less rational.

I read in an article in The Globe And Mail that women are getting the prescription that is available more often than the treatment they need.  They are getting medication to solve their problems even when science finds that treatments such as psychotherapy is equally or in some cases more effective without the side effects.  Bias in mental health care is a hindrance to women, preventing them from getting the proper help they need.  Not much effort goes into researching how drugs affect female patients.  While drug companies like to bombard women with their pills, most of their clinical trials have been dominated by men.  And the ironic thing is that the disorders most commonly diagnosed in women such as depression, anxiety and insomnia are the ones most likely to respond to therapy.  Most women are likely to prefer therapy over drugs.

According to Dr. Marina Morrow, a Simon Fraser University psychologist who studies gender and mental health, “Women aren’t getting access to the range of care they need.”  She believes that an effective approach to this would be to include medication when necessary but in also offer therapy, peer support and pinpoint what social circumstances lead to the illness.

It has been argued that therapy is the safer, more effective and cheaper choice.  The authors of a 2015 study by Canadian and U.S. researchers concluded that, “There remains no sound justification to prescribe drugs without first trying therapy.  Dr. Cara Tannenbaum, scientific director of the CIHR Institute of Gender and Health, believes that “the way we fund therapies in Canada does not make sense right now.”  She wrote a letter to Quebec’s health minister to make the point that even if 20 per cent of seniors with insomnia received Cognitive Behavioral Therapy (CBT) with is used to treat insomnia, the cost-savings to the system could be in the hundreds of millions, based on the potential falls that would be avoided.  Therapy saves on costly and debilitating falls and hip fractures.

We live in a country where medication is favored over psychotherapy and women are more likely than men to be prescribed antidepressants and sedatives as seniors and as a result they are at a higher risk of suffering from adverse effects.  Hopefully more women and those in the medical profession will speak out against the bias that is prevalent in the mental health care.  Doctors and those in the health care system need to give women more choices when it comes to treatment.  It’s their health so they should have the right to determine how they want to proceed once they have been diagnosed. 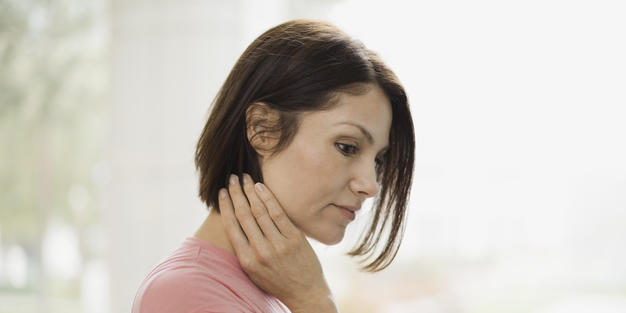