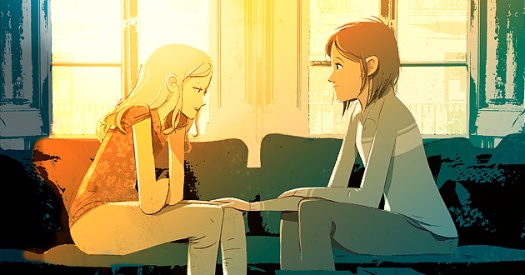 This month, WHO launched a one-year campaign Depression: let’s talk. The goal of the campaign is that more people with depression, in all countries, seek and get help.

Depression is an illness that can happen to anybody. It causes mental anguish and affects people’s ability to carry out everyday tasks, with sometimes devastating consequences for relationships with family and friends. At worst, depression can lead to suicide. Fortunately depression can be prevented and treated. A better understanding of what depression is, and how it can be prevented and treated, will help reduce the stigma associated with the condition, and lead to more people seeking help.

Depression is a common mental disorder that affects people of all ages, from all walks of life, in all countries.

Overcoming the stigma often associated with depression will lead to more people getting help.

Talking with people you trust can be a first step towards recovery from depression.

Perhaps you are suffering from depression or know someone who is.  Here are ways you can get involved:

Posters – WHO has developed a set of posters and handouts to get the campaign started.  The posters can be downloaded here

Handouts – WHO has handouts which provide information on depression to increase our understanding of the condition and how it can be prevented and treated.  The handouts can be downloaded here

Organize an activity – According to WHO, organizing an activity or event is a great way to raise awareness about depression and stimulate action, both among individuals, and on a wider scale. The organization recommends that if you decide to organize an event, to keep the following in mind:

WHO offers other examples of activities that you may want to consider such as: discussion forums, sporting events, workshops for journalists, art competitions, coffee mornings, concerts, sponsored activities ̶ anything that contributes to a better understanding of depression and how it can be prevented and treated.

The primary hashtag that /WHO is using for the campaign is #LetsTalk but look out for posts using #depression and #mentalhealth as well.

You are encouraged to share WHO’s posts with your own networks, share your own materials and join discussions on issues related to the campaign.

If you are organizing an activity, or developing your own campaign materials, here are some facts and figures that you might want to use:

It’s hard to imagine that there are people out there who are suffering with depression but are hiding it.  They are putting up a brave front while they are hurting inside.  No one can see the sadness behind their smiles.  We must provide the atmosphere where people suffering from depression will feel safe and comfortable talking about their struggles.  Depression should be talked about and often.  Talking and just letting it all out can be therapeutic and can lead to early recovery. 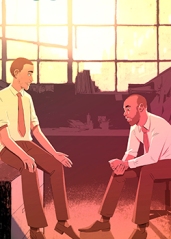