I just finished reading a very long but interesting biography of Mary Seacole. When I mentioned her to my husband, he immediately knew who I was talking about. He’s from Jamaica where Mary was born. She was born on November 23, 1805 to a Scottish father and Jamaican mother. Her father was a soldier in the British Army and her mother was a free woman. Mrs. Seacole was a doctress, a healer who used traditional Caribbean and African herbal remedies. She ran Blundell Hall, a boarding house, considered one of the best hotels in Kingston. It was from watching and helping her mother, that Mary became interested in nursing.

Mary was proud of her Scottish ancestry and called herself a Creole. Legally, she was classified a mulatto, a multiracial person with limited political rights. She was also very proud of her black ancestry. “I have a few shades of deeper brown upon my skin which shows me related—and I am proud of the relationship—to those poor mortals whom you once held enslaved, and whose bodies America still owns.” Being the educated daughter of a Scottish officer and a free black woman with a respectable business would have afforded Mary a high position in Jamaican society.

Mary married Edwin Horatio Hamilton Seacole, rumored to have been the illegitimate son of Horatio Nelson and his mistress, Emma, Lady Hamilton. Edwin was a merchant. The newly married couple moved to Black River where they opened a provisions store which failed to succeed. In the early 1840s, they returned to Blundell Hall.

During the years 1843 and 1844, disasters struck Mary and her family. They lost much of the boarding house in a fire on Kingston. Blundell Hall burned down and was replaced by the New Blundell Hall which was deemed “better than before.” She lost her husband and then her mother. Overcome with grief, Mary didn’t move for days. Then she composed herself and assumed the role of manager of her mother’s hotel and plunged herself into work, turning down many offers of marriage. She became a widely respected among the European military visitors to Jamaica who frequently stayed at Blundell Hall.

During the cholera epidemic of 1850 which killed 32,000 Jamaicans, she treated patients and blamed the outbreak to infection brought on a steamer from New Orleans, Louisiana. Shortly after she arrived in Cruces, Panama where her half-brother moved, cholera struck. Familiar with the disease and having treated those who had the infection, Mary moved into action, treating the first victim who survived. This did wonders for her reputation and many patients were brought to her as the infection spread. The epidemic raged, causing many casualties which filled Mary with exasperation with the victims, claiming that they “bowed down before the plague in slavish despair.” Towards the end, she too became sick but managed to pull through.

During the Crimean War, disease broke out and hundreds perished, mostly from cholera. Hundreds more died while waiting to be shipped out or on the voyage. It was during this time that Florence Nightingale was charged with the responsibility of forming a detachment of nurses to be sent to the hospital to save lives. After suitable candidates were selected following interviews, Florence left for Turkey. Mary tried to join the second group of nurses to the Crimea. She applied to the War Office and other government offices but arrangements for departure were already underway. She applied to the Crimean Fund, a fund raised by the public to support the wounded in Crimea for sponsorship to travel there but again, she was refused. Resolute, she decided to travel to Crimea using her own resources and to open a British Hotel.

On the ship Malta, Mary met a doctor who recently left Scutari, where Florence Nightingale was. He wrote Mary a letter of recommendation to Florence. Mary visited Florence at the Barrack Hospital in Scutari, asking for a bed for the night as she planned to travel to Balaclava the following day to join Thomas Day, her Caribbean acquaintance. In her memoirs, Mary mentioned that Florence was very friendly. They found a bed for her and breakfast was sent to her in the morning.

As she had planned, Mary opened the British Hotel near Balaclava. Meals were served there and there was outside catering. It prospered. Meals and supplies were provided for the soldiers. One frequent visitor was Alexis Soyer, a French chef who advised her to concentrate on food and beverage service and not to have beds for visitors as the few either slept on board the ships in the harbor or in tents in the camps.

The Special Correspondent of The Times newspaper highly commended Mary’s work, citing, “Mrs. Seacole…doctors and cures all manner of men with extraordinary success. She is always in attendance near the battle-field to aid the wounded, and has earned many a poor fellow’s blessings.”

Florence Nightingale acknowledged favorable views of Mary to Soyer and Mary had told him how kindly Florence had given her board and lodging. When Soyer mentioned Mary’s inquiries of her, Florence responded pleasantly and with a smile that , “I should like to see her before she leaves, as I hear she has done a great deal of good for the poor soldiers.” Yet, Florence didn’t want her nurses to associate with Mary and in a letter to her brother-in-law, Sir Harry Verney, she insinuated that Mary had kept a “bad house” in Crimea and was responsible for “much drunkenness and improper conduct”. This letter came at the time when Mary approached Sir Harry for the opportunity to assist in the Franco-Prussian War because of his involvement in the British National Society for the Relief of the Sick and Wounded.

In spite of this, Mary moved in royal circles. Prince Victor of Hohenlohe-Langenburg, a nephew of Queen Victoria was one of Mary’s customers in Crimea when he was a young Lieutenant. Perhaps as a token of gratitude and appreciation, he carved a marble bust of her in 1871 which was exhibited in the Royal Academy summer exhibition a year later. Mary also became the personal masseuse to the Prince of Wales who suffered from white leg rheumatism.

Sadly, while she was well-known at the end of her life, Mary quickly faded from public memory and her work in Crimea was overshadowed by Florence Nightingale’s for many years. And there were controversies surrounding Mary. It has been argued that she is being promoted at the expense of Florence Nightingale. According to Professor Lynn McDonald, “…support for Seacole has been used to attack Nightingale’s reputation as a pioneer in public health and nursing.”

There are claims that her achievements have been exaggerated for political reasons and a plan to erect a statue of her at St. Thomas’ Hospital in London, describing her as “pioneer nurse” has sparked some outrage. According to those who oppose, Mary has no connection with the institution whereas Florence Nightingale did. In Dr. Lang’s opinion, she “does not qualify as a mainstream figure in the history of nursing.”

Mary’s name appears in an appendix to the Key Stage 2 National Curriculum, as an example of a significant Victorian historical figure but teachers are not required to include her in their lessons. At the end of 2012, it was reported that she would be removed from the National Curriculum. This was opposed by Greg Jenner, the historical consultant to Horrible Histories. He believes that removing Mary from the curriculum would be a mistake in spite of the fact that her medical achievements have been exaggerated.

In January 2013, Operation Black Vote launched a petition to request that Education Secretary Michael Gove not drop Mary Seacole or Oloudah Equiano from the National Curriculum. Reverend Jesse Jackson and others wrote a letter to The Times, protesting the proposed removal of Mary Seacole from the National Curriculum. The campaign was a success as Michael Gove was forced to concede after receiving approximately 35,000 signatures.

Today, Mary Seacole is remembered in the Caribbean. She was posthumously awarded the Jamaican Order of Merit in 1991. In 1954, the headquarters of the Jamaican General Trained Nurses’ Association was christened “Mary Seacole House”. This was quickly followed by the naming of the University of the West Indies in Mona, Jamaica. A ward at the Kingston Public Hospital is named in her memory. In Britain, buildings and organization now commemorate her by name and near the bottom of Fleet Street in London a Seacole Lane existed until it was redeveloped in the 1980s.

Notes to Women celebrate this pioneer in healing and helping those who were sick. She may not have been a registered nurse and her achievements may have been exaggerated but what matters is that she had the heart for nursing. There are some in the nursing profession who not in it because it is their passion. Mary Seacole had the heart and the passion for nursing and she was a blessing to many of those whom she treated. We think that this phenomenal woman should be recognized for what she has done.

She is a role model for all of us.  She was proud of her heritage.  She defied racism and bigotry and she embarked on her calling to help others, not allowing rejection or any other obstacles to get in her way.  If you have a goal in life, make it happen.  Don’t dream.  Act.  Florence Nightingale was not the only light.  Like Mary Seacole, you can be light too wherever you are.

I must say that I don’t appreciate your friend’s kind wishes with respect to my complexion. If it had been as dark as a nigger’s, I should have been just as happy and useful, and as much respected by those whose respect I value: and as to his offer of bleaching me, I should, even if it were practicable, decline it without any thanks.

I have a few shades of deeper brown upon my skin which shows me related to those poor mortals you once held enslaved, and whose bodies America still owns. Having this bond, and knowing what slavery is, having seen with my eyes and heard with my ears proof positive enough of its horrors, is it surprising that I should be somewhat impatient of the airs of superiority which many Americans have endeavoured to assume over me.

I have always noticed what actors children are……….whatever disease was most prevalent in Kingston, be sure my poor doll soon contracted it…….before long it was very natural that I should seek to extend my practice, and so I found other patients in the cats and dogs around me.

Doubts and suspicions rose in my heart for the first and last time, thank Heaven. Was it possible that American prejudices against colour had some root here? Did these ladies shrink from accepting my aid because my blood flowed beneath a somewhat duskier skin than theirs? 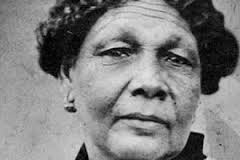