I barely caught the headline about a South African girl who was raped and badly beaten.  I searched for the story on the Internet and came across some startling information.  Apparently South Africa is known as the “rape capital”.  According to Women’s groups, a woman is raped every 26 seconds.  The rate of sexual violence in South Africa is among the highest in the world.

For the period 1998–2000, South Africa was ranked first for rapes per capita according to the United Nations Office on Crimes and Drugs for the period 1998–2000.  It is estimated that over 40% of South African women will be raped in their lifetime and that only 1 in 9 rapes are reported.  It is also estimated that 14% of perpetrators of rape are convicted in South Africa.  According to a survey that questioned rape victims who did not report the crime to the police, 33.3% of victims cited they feared reprisals, 9.6% cited that they felt the police would not be able to solve the crime, and 9.2% cited embarrassment as their reasons for not reporting the crime.

South Africa has the highest reported incident of rape in the world.  While men are also subjected to sexual violence and 3.5% of men have been forced to have sex with other men, the majority of sexual violence is against women.  The South African government reports that one of these reasons is the culture of patriarchy in South Africa. Its report states that patriarchy is firmly rooted in the country and fighting it is seen as attempting to destroy African tradition or Afrikaner ideals.  The danger from rape and sexual assault is compounded because of the prevalence of HIV/AIDS in South African townships. A woman being raped over the age of 25 has a one in four chance that her attacker is HIV positive and more women than men are affected from HIV/AIDS.   The perpetrators of rape in South Africa tend to be men known to the victim.  It is reported that a husband or boyfriend kills a woman every six hours in South Africa.  Many men and women say that rape cannot occur in relationships; however, one in four women reported having been abused by an intimate partner.

Corrective rape is prevalent in South Africa.  More more than 10 women per week are raped or gang-raped in Cape Town alone because of their sexual orientation.  31 have been died from their attacks.  Two years ago Noxolo Nogwaza , 24 years old was raped, beaten and stabbed to death on her way home from a night out with her friends in the South African township of Kwa Thema on 24 April 2011.  Her brutalised body was dumped in a shallow ditch.  It is believed that the motive was her sexual orientation.  Little progress is made on her case and her attackers still remain at large.

Societal attitudes contribute to this epidemic.  The Medical Research Council states, “Many forms of sexual violence, particularly sexual harassment and forms of sexual coercion that do not involve physical force are widely viewed as normal male behaviour.”

Among children, a survey by CIET found 60% of both boys and girls, aged 10 to 19 years old, thought it was not violent to force sex upon someone they knew, while around 11% of boys and 4% of girls admitted to forcing someone else to have sex with them. The study also found that 12.7% of the students believed in the virgin cleansing myth.

In a related survey conducted among 1,500 school children in the Johannesburg township of Soweto, a quarter of all the boys interviewed said that ‘jackrolling’, a term for gang rape, was fun.  Furthermore, more than half the interviewees insisted that when a girl says no to sex she really means yes.  It is also noteworthy that those in this study were school children as age is significantly associated with rape. Men from ages 20–40 are more likely to have raped than younger or older men.

Market Research Africa, a Johannesburg-based market research agency, reported in 1994 that 76% of men felt that women had a right to say no to sex, one third thought that women could not decide for themselves on abortion, and 10% condoned a man beating a woman or his wife.

I can’t imagine why anyone would think a woman means “yes” when she is fighting off the man’s unwanted attention.  “No” means “no”.   No woman wants to be forced to have sex with anyone.  Sex is supposed to be consensual.  And rape is not sex.  It is an act of violence.  The 17 year old girl was brutally raped.  The Cape Town newspaper, Cape Argus newspaper stated that she was sliced open from her stomach to her genitals and then dumped as if she were trash on a building site in the town of Bredasdorp, 130 km (80 miles) east of Cape Town.  What is going to become of this?  Will there be justice for this victim in a country where rape has lost its power to shock?  The government of the Republic of South Africa is aware of this problem of sexual violence against women and there is a law which is supposed to ensure rights of all of the people in South Africa with the democratic values of human dignity, equality and freedom.  Furthermore, it calls for the right to freedom and security, including freedom from all forms of violence by either public or private sources and the right to bodily and psychological integrity, including reproduction and bodily security.

It seems to me that the law has very little effect on the violence it is supposed to be protecting its women  from.   The harsh reality is that women are being brutally raped and abused and are not receiving adequate psychological, social, or medical care.  There are few places rape and abuse victims can turn.  The Simelela Centre is one of those places.  It was established in 1998 in response to a case involving the rape of a 1-year-old girl at the hands of her father in Khayelitsha’s Site C.

Something needs to be done and fast.  Women should not be living in fear.  Imagine the fear of your son growing up and one day raping your neighbor’s daughter?   The way men view women has to change.  The law has to do more to protect women and girls.  It’s time for the lawmaker to fulfill their promises.

Outrage grows over the incident, according to a news report on CNN.  Many marched the streets of Bredasdorp toward the crime scene, chanting, “No violence! No violence.”  Residents say that this attack is uncharacteristic of the rural town.  I read that the girl’s injuries were so horrific that the hospital staff who battled to save her life needed counseling.  She was able to identify one of her attackers before she died.  He was a family friend. The victim’s aunt had this to say about him, “He was a lovely child to have in the house.  He was her friend, and it’s just incomprehensible.”

He and two others have been arrested.  More arrests are forthcoming.  Two of the men arrested have been charged been charged with murder and rape, the same charges the third will face.  Let’s hope that they all will be brought to justice.  It’s unfortunate that it had to take this young girl’s horrific ordeal and subsequent death to spark outrage.  There was the case of a mentally handicapped girl, same age as this last victim was raped by seven men, aged between 14 and 20 and the attack was recorded on a cell phone video which later went viral.  The men are on trial.  Unfortunately, this incident failed to gain the same outrage and attention as did the gang rape in New Delhi.  Columnist Rachel Davis of the online publication, Daily Maverick, raised this disturbing question:  “If the gang-rape of a mentally handicapped 17-year-old failed to get thousands on the streets in protest, what will?”

The men of South Africa need to stand up with the women and speak out against this epidemic.  The perpetrators of these crimes need to be brought to justice and women and girls need to feel safe in their communities.  Girls should be able to go to school and learn in a safe environment.  Their education is important.  They should not be forced to stay out of school because they are afraid of being attacked.  Girls should not have to live in fear of being brutally raped by strangers or even men they know.  Women should not be treated as if they have no value.  Violence against women and girls needs to be taken seriously and the public needs to make as much noise as possible, letting the government and the perpetrators know that they have had enough.  Let us join the men and women of South Africa and say, “No more violence!”  In the words of one of the women from Bredasdorp, “…we must do something.”  No more silence.  It’s time to take action!  Let the death of Anene Booyson count for something. 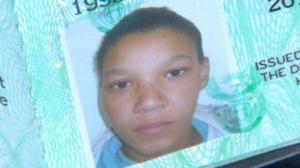